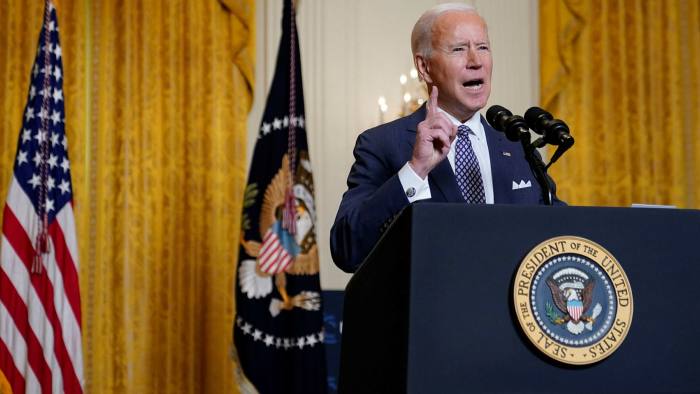 U.S president Joe Biden, hail of the transatlantic alliance as a strong foundation can have potential implications on its relationship with the UK.

Biden revived  the confidence of EU leaders that in Biden’s administration, they have a friend with America. His expressed support for the EU seemed to signal a shun for the UK, but it was also his way of metaphorically slapping Trump in the face very hard.

Trump was perpetually negative about Europe and withdrew funding to the bloc to demonstrate his  political position.  Former U.S president  Barack Obama, who shares a similar political ideology with Biden  on many things, made no secret of his distrust in Brexit, add to that the dislike in Trump, and we have a cocktail  of motivation for the U.S  expressing huge support for the EU.

How does the UK fit into this awkward web, given the special relationship between the two?

Biden and Johnson  spoke  about a month after Biden’s inauguration and the two world leaders spoke about the benefits of a free trade deal and recommitment to the Nato alliance and their shared values in promoting human rights and protecting democracy.

Boris  Johnson  has already welcomed Biden’s  commitment to the Paris Agreement on climate change and the World Health Organization which were abandoned by Mr Biden’s predecessor, Donald Trump.

However, Biden’s use of the word  ‘partnership’ with Europe takes his commitment with Europe to a higher level, unless Biden is talking of multiple partnerships with countries operating different and conflicting policies.

Biden said that ”the partnership between Europe and the United States, must remain the cornerstone of all that we hope to accomplish in the 21st century, just as we did in the 20th century, was a fresh re-assurance to the leaders of Europe, coming at an awkward time for the UK, which is still at the early stages of the Brexit impact, created through the British democratic process .

Could the British democratic process which produced Brexit be undermined along the way due to Biden’s commitment to Europe? America and the UK have a long history of political friendship which could face a mild test on how they reconcile their different outlook on Europe.

Biden expressed an unflinching support for Europe which indicated  a stronger leaning for the block than its long time friend in Britain.

Expressing his full commitment to our NATO Alliance, Biden said he welcomes ”Europe’s growing investment in the military capabilities that enable our shared defence”. His strong support for Europe could also have been a way of showing his complete abolishing of anything associated with Trump, whom Biden once described as ”the most incompetent president in the history of America”

Biden went on to refer to the snub to Europe by former U.S president, Donald Trump, and Brexit.

Biden said:  ‘I know the past few years have strained and tested our transatlantic relationship, but the United States is determined — determined to reengage with Europe, to consult with you, to earn back our position of trusted leadership, he said’.

‘Historians are going to examine and write about this moment as an inflection point, as I said. And I believe that — every ounce of my being — that democracy will and must prevail. We must demonstrate that democracies can still deliver for our people in this changed world. That, in my view, is our galvanizing mission’

He said the U.S would have to work to earn back the trust of its allies, in order to resume a position of leadership. He also listed all the concrete steps he was taking to repair the many gashes left in the transatlantic partnership.

‘Achieving these goals is going to depend on a core strategic proposition, and that is: The United States must renew America’s enduring advantages so that we can meet today’s challenges from a position of strength”, he said

The UK is moving towards its independence from Europe, with all the challenges that come with it, to fulfill the will of the people which was narrowly split in 2016 during the UK referendum.

Speaking of a shifting global dynamics since he was vice president, Biden said ”New crises demand our attention. And we cannot focus only on the competition among countries that threaten to divide the world, or only on global challenges that threaten to sink us all together if we fail to cooperate. We must do both, working in lockstep with our allies and partners”

Biden noted that the formal U.S return to the Paris climate agreement took place on Friday, and that the previous day, the U.S had announced its willingness to re-enter multilateral nuclear talks with Iran, hosted by the EU.

The U.S president confirmed an urgent injection of  money into the collective fight against Covid. He announced $4bn in new support for the global vaccine effort, Covax – $2bn immediately and another $2bn over the next two years, once other donors had delivered their pledges.

Biden’s predecessor called into question U.S commitment to the defence of some of the smaller member states, casting doubt on the principle of collective defence encapsulated in article 5 of Nato’s founding treaty. His former national security adviser, John Bolton, had predicted the US could leave Nato altogether if Trump was re-elected.

Conceding that “the last four years have been hard”, Biden’s language was emphatic in addressing European misgivings.

“The U.S will keep faith with article 5,” the president said. “It’s a guarantee an attack on one is an attack on all. That is our unshakable vow.

“Putin seeks to weaken the European project and our Nato alliance. He wants to undermine the transatlantic unity, and our resolve, because it’s so much easier for the Kremlin to bully and threaten individual states than it is to negotiate with a strong and closely united transatlantic community,” Biden said. “That’s why standing up for the sovereignty and territorial integrity of Ukraine remains a vital concern for Europe and the United States.”

That’s what we can do together. If our unbound capacity to carry us to Mars and back don’t tell us anything else, they tell us we can meet any challenge we can face on Earth. We have everything we need. And I want you to know the United States will do — we’ll do our part. We’ll stand with you. We’ll fight for our shared values. We’ll meet the challenges of this new moment in history.