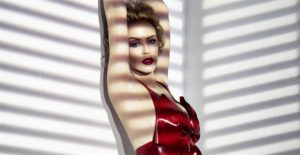 Kylie Minogue is linking up back with her former lover Olivier Martinez, after her split from Joshua Sasse, OK magazine reported.

The 49-year-old Aussie star split with her lover Joshua only last month but has been back in touch with Martinez whom she split up with in 2007 after a five-year relationship. Martinez, who himself divorced from his wife, Halle Berry last December is said to have reached out to the international star after her heartbreaking split from Joshua.
The two appear to be a pair with bad luck written all over their relationships. Martinez had five years to work things out with Minogue but she chooses to contact her after both their relationship went wrong. When two people have been in a relationship for five years, there is always every chance they may rekindle the flames but that is very risky for Minogue who has had her fair share of disastrous relationships.
She herself broke the heart of Jason Donovan, her lover in real life and in the famous neighbour’s soap opera in the 80’s and early 90’s. The lovable pop star has obviously struggled to track down lasting love, but going back to Martinez is not the answer. Minogue really should just stay away from him and all former lovers and reflect a bit longer on why she has had so many disastrous relationships. Linking back up with Martinez is just not wise at all, especially as Martinez may just want to get his wicked way with her. When stars achieve the height of financial and career success, only to fail woefully in their relationships, it makes them look immature and indecisive. Celebrities are human beings like the rest of us, but their status of stardom and financial comfort calls for better judgment in their selection for relationships.

Relationships can often be a game of trial and error, but the lesson may be not to fly in too deep too soon. That’s usually the problem. Instead of taking due time to get to know the other person, people too often go in head first and come out burnt when it is too late. Minogue is said to be arranging a meet up with Martinez in Los Angeles, for the pair to have coffee and maybe discuss her failed relationship with Joshua? You can bet flames will be rekindled in hot L.A when the pair meet. Let’s just hope we don’t end up feeling sorry for Minogue again and having to wipe her tears.