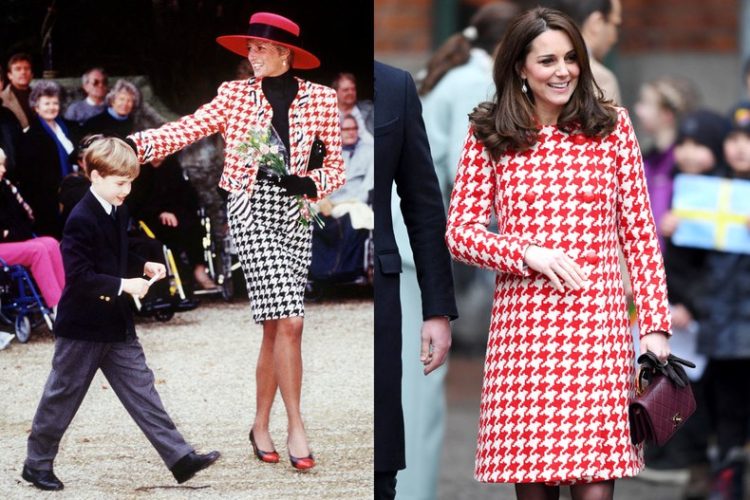 The Duke and Duchess of Cambridge are making waves in Stockholm, Sweden, with Kate Middleton brilliantly honouring Princess Diana by wearing a bright red dress.

Sporting the colorful red looks Princess Diana sometimes had, Kate looked a million dollars on her trip to the ambassador’s dinner, the Dutchess of York paid a special tribute to her late mother-in-law, Princess Diana. The Catherine Walker material looked a billion dollars on the 36-year-old Middleton, who is looking more and more like the people’s ambassador every day. 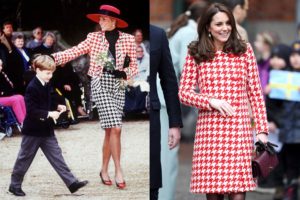 In two days, the Dutchess of York has honoured Diana in a manner we can only describe as brilliant. But already, over the course of just two days, Kate has now twice made special point of honoring Diana. At the ambassador’s dinner, Kate wore both Diana’s pearl bracelet (which Kate had worn on her Germany tour last year) and Diana’s Collingwood earrings (which she has also worn previously).

On the second day of the royal tour of Scandinavia, the Duchess of Cambridge wore a red-and-white houndstooth coat by Catherine Walker while advocating for mental health at the Karolinska Institute in Solna, Sweden.

The bright coat supplemented with a Chanel handbag and pearl earrings by the Swedish brand In 2Design, appears was reminiscent of that which to Princess Diana’s famously wore in the early ’90s. Those familiar with Diana’s red dressing in the 90’s would have felt a bit nostalgic. The Princess of Wales first wore this red-and-white houndstooth jacket by Moschino to a church service in Sandringham with the royal family in December 1990 with a matching black-and-white skirt, red hat and pearl earrings.

The pair, who are expecting their third child together, visited the Karolinska Institute on Wednesday morning in Stockholm. The couple were accompanied by Princess Victoria and Prince Daniel for the visit. Middleton’s image is brilliant for the Royal family, and maintains a very modernized, down to earth family, keeping very much alive princess Diana’s legacy. Of course, the fact Princess Diana was the mother of her darling husband, Prince William, makes her tribute all the more touching.

“This morning will focus on Sweden’s pioneering work in the field of mental health and children’s well being, and how children and young teenagers are supported through the Swedish education system,”

Mental health is a very important issue, and the Duke and Dutchess of Cambridge deserve all the praise for supporting this course. The eye of media.com last year campaigned for mental health to be taught in British schools, starting from primary schools. With new education minister, Damian Hinds, in the British government, we will look to push this issue further with him.

The Dutchess of Cambridge is doing her best to raise awareness, but it will be an excellent step in the right direction to actually see mental health incorporated in the curriculum of the education system in the UK