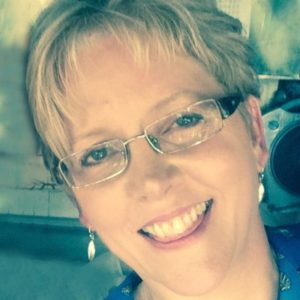 Carrie Gracie, the former BBC China editor has launched a scathing attack at BBC bosses for treating women who speak out over pay as “the enemy”.

Gracie questioned the credibility of the corporation over its report on the gender pay gap.

Gracie, who resigned from her post as China editor in a row over pay, told MPs on the Digital, Culture, Media and Sport Committee that a “toxic work atmosphere” exists at the broadcaster as the credibility of management broke down.

The journalist repeated a revelation she has made before that she was offered £100,000 in back pay by the BBC to compensate her for her grievance. BBC boss Tony Hall has explained that her lower salary was because she had been “in development” in the role.

How sad “BBC management need to stop treating us as some kind of enemy,” adding:

“They are stumbling towards a Greek tragedy where they make happen their own worse fears. They need to stop now, pull up and trust their staff.”

“I do say to some of my male colleagues, language about having money thrust upon you, language about money sloshing round, this is not the BBC any woman I know has lived in and not the BBC many male members of staff who are not in that alpha male category have lived in.

“There are people who are struggling to put a roof on their head and food on their table, that language is unfortunate and should not be used.”

The experienced reporter also raised doubts over the BBC’s ability to report fairly on the issue of gender pay disparity.

She said that the BBC must “report the truth” to lead the way for other industries
he added: “We’re not in the business of producing toothpaste or tyres at the BBC. Our business is truth. We can’t operate without the truth.

“If we’re not prepared to look at ourselves honestly, how can we be trusted to look at anything else in reporting honestly?

“It can’t be a starting place to not deal with the facts.”

Corrie criticized BBC director-general Lord Tony Hall who she was “disappointed” in after he complained about the Government forcing the broadcaster to reveal the pay of on-screen talent.

“I and many, many women up and down the BBC would have gone to the grave ignorant of our personal pay gap, and many still are unless the BBC provides us with transparency.”

“We are still waiting for courage and we must have it.”

It’s not worthy, any of this, of the BBC