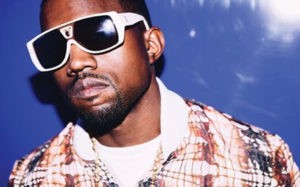 Kanye West is having a mental breakdown, according to a source close to the rapper.

Amid several conflicting reports in relation to the hospitalisation of U.S Rapper Kanye West, a close source told the Newyork Times that ”he’s having a mental breakdown. He is surrounded by all these crazy people, but there is nobody that he listens to or who can rein him in. He is spiralling further and further out of control, is becoming more unpredictable”.

An emergency call was made to UCLA medical centre after West displayed an erratic behaviour at the home of Harly Patnak, his personal trainer’s home. The unstable and worrying behaviour came after West stormed off stage in Sacremento and cancelled the rest of his 21 dates of his Saint Pablo world tour. Kim’s mother, Kim Jeaner and sister, Khloe Kardashian, have rushed to L.A to support the troubled rapper.

Some have put the sudden state of emergency surrounding West down to a very busy schedule requiring more rest, whilst others have highlighted the gun robbery his wife was subjected to a few weeks ago as being a factor in his meltdown. However, the most plausible explanation is that given to the New York Times by the unnamed source close to Kanye West. A busy schedule is not enough to spark an emergency call to the hospital, nor is the fact his wife suffered the misfortune of being robbed.

West appears to indeed be having a mental breakdown, this is what the evidence suggests when viewed closely. The wealthy rapper has always been a bit of an eccentric extrovert on stage, gathering a large following in the course of his highly accomplished career. Working too hard is dangerous, and some rappers run the risk of compromising their health just to please their bosses and keep the red notes rolling. Overworking may have its role in this sad and disturbing occurrence. This does not change the high probability that what Kanye West is experiencing here is a mental breakdown.

West is reportedly being examined for psychosis at the heavily guarded UCLA medical centre. The statement by the close source that West has a lot of crazy people around him is not good news. Nobody he listens to, the source said- now that’s always the beginning of danger! People who are beyond rebuke and correction, are often on their way to a big fall. Sometimes, a dangerous one too. We should really hope that all this is nothing but the product of an exhaustive work schedule, ”juggling his fashion design and his music”, as one other source put it to the New York Times. It appears they are just trying to cover for him and not let out the news all at once, probably in the hope and optimism that he will recover just fine.

Full recovery is the ideal outcome and one we should all hope for. A multi-millionaire like West should not be too busy juggling more than one demanding business at a time. That’s what representatives and business partners are there for unless he can’t trust anybody, and if so, why not? A music star does not just storm out of the stage, cancel 21 dates for a show, behaves so erratically with his trainer, then ends up in the hospital. This definitely sounds like a mental breakdown, and now his speedy recuperation is all we can pray for.