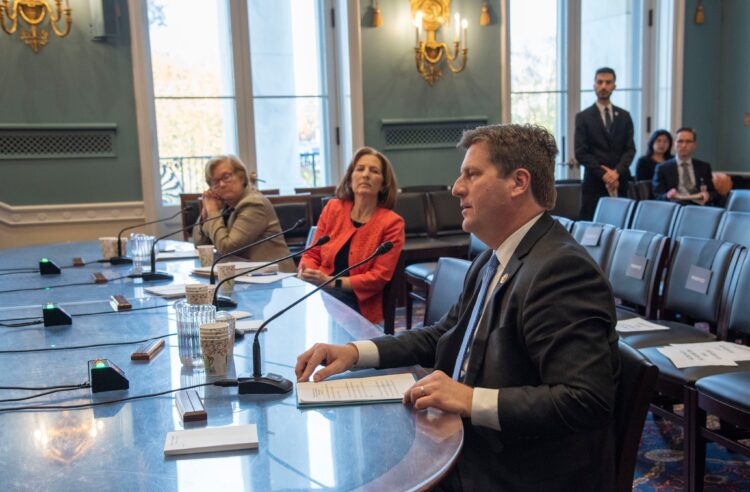 The House select committee investigating the Capitol attack  has subpoenaed Twitter, Meta, Alphabet and Reddit on Thursday for records related to the 6 January insurrection, as it seeks to review data that could potentially incriminate the Trump White House.

The subpoena includes facebook which is part of Meta, and Google which is part of Alphabet, and will force an accountability rarely achieved with the social media giants if it comes to light that more effective mechanisms could have been instituted to prevent the planning that led to the invasion of Capitol Hill on January 6 2021.

The move by the select committee  will include a rigorous  examination of social media posts and messages that could provide  independent evidence as to the extent of planning and co-ordination that preceded the bloody insurrection, and which other individuals or groups of individuals may have been actively involved in the pre meditated attack  in an attempt to  cancel the lection rethat led to the loss of five lives

The Committee aims to establish what steps – if any – social media companies took to prevent their platforms from being breeding grounds for radicalizing people to violence.

It follows the charge of Oath keeper’s boss Steve Rhodes and ten other of his associates.

Donald Trump himself was banned from Twitter and Facebook after the riot, radically limiting his ability to communicate directly with supporters.

The select committee is looking into ‘how the spread of misinformation and violent extremism contributed to the violent attack’ and ‘what steps — if any — social media companies took to prevent their platforms from being breeding grounds for radicalizing people to violence’.

Social media platforms have often been used for both harassment, hate and the spread of misinformation, the the latter concept is sometimes subjective when it comes to matters of public debate. It’s bosses have  faced heavy criticisms in past times for being too weak to act quickly enough to prevent hateful messages being spread on its platforms.

Steve Rhodes is accused of whipping up support for the Capitol Hill attack after past comments he had posted encouraging former president Trump to spark a bloody war and invoke arcane policies.

The Justice Department until now had been careful not to push the idea of sedition, instead charging defendants affiliated with right-wing groups with conspiracy to obstruct the congressional proceeding on January 6. The seditious conspiracy charge carries the same possible consequence as an obstruction charge, but is rarely used, politically loaded and has been difficult for the Justice Department to use successfully against defendants in the past.

Attorney General Merrick Garland had balked at the earlier efforts to bring the seditious conspiracy charge. But in the months since, people briefed on the matter say FBI investigators and DC federal prosecutors have spent much time building the case, at least in part with the help of cooperators and the benefit of internal communications among the Oath Keepers.

The new indictment brings to light planning the Oath Keepers are accused to have done ahead of the Capitol attack, as they allegedly recruited members, stocked up on weapons and organized to disrupt Congress’ certification of the 2020 election. Prosecutors say they also continued to plot “to oppose by force the lawful transfer of presidential power” after the Capitol riot failed to block the electoral college vote, according to a Justice Department statement on Thursday.