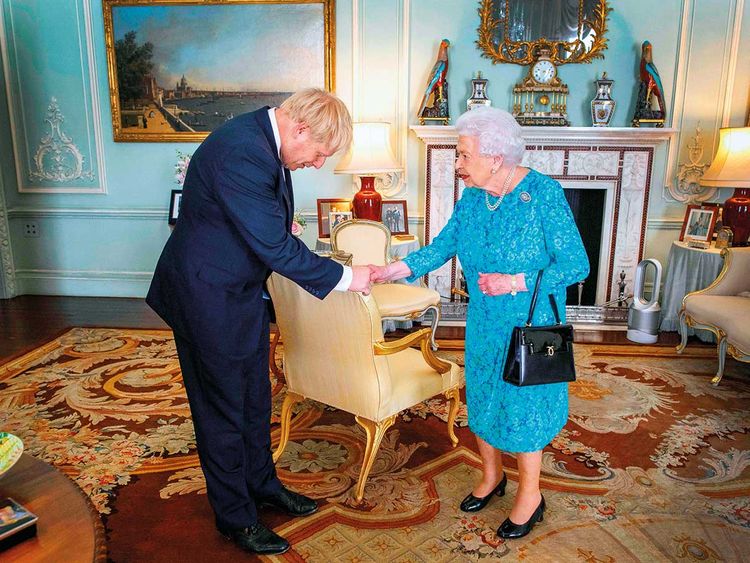 Boris Johnson’s office has apologized to the Queen after it  further emerged that one of the  parties  held in breach of  Covid rules, occurred in Downing street on the eve of Prince Phillip’s funeral.

The news is another unbelievable page in the ongoing saga of the extent of Covid breaches  during a town of national lockdown, with hopes there aren’t any more to come.

The Telegraph reports around 30 people were drinking alcohol and dancing until the early hours
The next day, Queen Elizabeth sat alone at the funeral of her husband of 73 years, in line with social distancing rules

James Slack, an ex-No 10 communications chief for whom one of the parties was held, has apologised for the “anger and hurt” caused.

Mr. Slack  who last year left Downing Street to become deputy editor -in chief-for The Sun newspaper said: “This event should not have happened at the time that it did. I am deeply sorry, and take full responsibility.”

Johnson was not at either gathering, but it comes after it emerged several other parties were held at No 10 when Covid restrictions limited social mixing.

The news has led to  louder calls  for the PM to step down, and the new revelation will be added to the investigation of Sue Gray.

The spokesman says he can’t prejudge the inquiry into Downing Street parties being led by Sue Gray, “but we acknowledge the significant public anger, it was regrettable this took place a time of national mourning.”

The news couldn’t have come at a wore time for the Queen who only yesterday relieved her son, Prince Andrew of all his HRH titles in the face of the U.S court battle ahead relating to sexual allegations.

The Queen has endured a difficult year, the potential media spread about this news adding to her strain.

Prime minister, Boris Johnson is currently isolating in Downing Street after being in contact with a family member who contracted Covid-19.