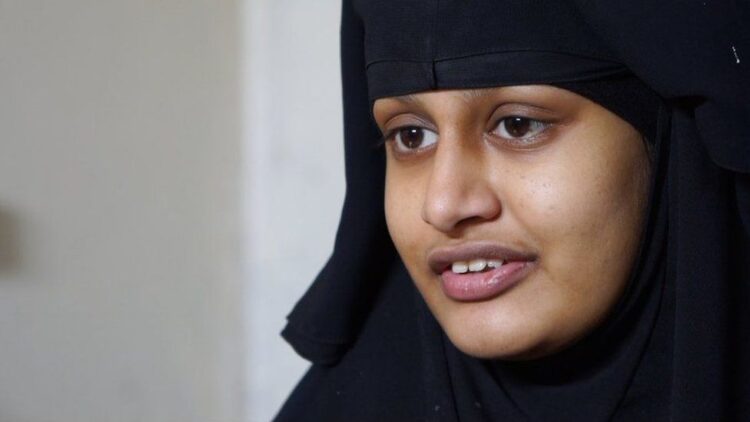 The Home Office said it was justified in revoking Shamima Begum’s citizenship even if she was trafficked to Syria and “brainwashed”.

Sir James Eadie KC said the threat posed to national security was the most important factor in making the decisions, not how a person came to pose that danger.

Sir Eadie told the tribunal: “The assessment made by the Security Service [MI5] was that [Ms Begum’s] travel was voluntary and demonstrated her determination and commitment to aligning with Isil.”

“No one disputes that it is entirely possible for a person to have been trafficked or manipulated or brainwashed or similar and yet be the most serious danger to the public”.

Ms Begum was 15 years old when she travelled from London, through Turkey, into territory controlled by the so-called Islamic State.

Her legal representatives are challenging the decision to strip her citizenship on national security grounds after she was found, nine months pregnant, in a Syrian refugee camp in February 2019.

Sir Eadie said Begum was “recruited, transported, transferred, harboured and received in Syria for the purposes of sexual exploitation and marriage to an adult male”.

She travelled for the purpose of aligning with Isil, and once in Syria she did in fact align with Isil.”The assessment is that she did that with her eyes open.

“The ideology of Isil and their uncompromising brutality had been widely covered in the media.”

Sir Eadie previously said then-home secretary Sajid Javid was aware of Ms Begum’s “age and circumstances of her travel to Syria” when he made the decision to deprive her of her British citizenship.

He said Ms Begum travelled to Syria “with her eyes open” about the brutality of IS.

“She travelled for the purpose of aligning with Isil and once in Syria she did align with Isil.

Sir Eadie said Ms Begum had been “further radicalised and desensitised to violence” during her four years in IS territory before she was captured, and pointed out in her first interviews she expressed few regrets about travelling to join IS.

He added there have been cases where women have plotted terror attacks on the UK, and Britain had learned about the threat it faced in the “hard school” of “repeated deaths, including children, in the UK”.

The case concludes on Friday.