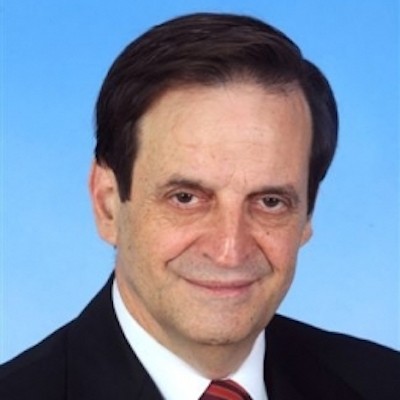 An open letter published by local and national groups against former Israeli deputy prime minister, Dan Meridor,(pictured) who spoke at the Cambridge Union on Wednesday, reveals the ongoing agitation by various groups against controversial speakers.

The invitation by the Cambridge Union has sparked uproar with groups from across the Uk signing an open letter against the event.

This is the second time in the last month in which the decision to invite a speaker to the Cambridge Union has sparked uproar. The Cambridge Union frequently invites speakers to give talks to students at the university, opening the floor to debates on various topics.

Cambridge students recently protested when controversial and highly opinionated writer, Helen Joyce, was invited to the speak about transgender issues. Her critics claimed she was undermining the rights of transgender people and her views were offensive to transgender pupils.  Those who invited her insisted her right to freedom of speech trumped the issues raised against her invitation.

The invitation of Dan Meridor, a long-time member of the right-wing party Likud , has robbed several groups up the wrong way.

Meridor served as deputy prime minister from 2009-13 under the second Netanyahu government was invited to speak at the University on Wednesday(November 23rd). He also served as minister of intelligence.

Cambridge’s Palestine Solidarity Society (PalSoc) heavily criticised the event in an open letter underlined by 480 signatories, says: “we have no fear of listening to our political opponents. What we will not tolerate are invitations to a succession of war criminals and torturers”.

The letter accuses Meridor of being complicit in the 1982 Israeli invasion and occupation of Lebanon, serving as Cabinet Secretary for the government responsible. The invasion, during which Israel besieged and bombed West Beirut, resulted in a huge loss of life, notably the massacres of Palestinian refugees at the Sabra and Shatila camps in Beirut.

It adds that ”although Meridor claims to advocate “liberal democracy”, his involvement in the oppression of the Palestinian people is evident in his service in Israeli governments, while his centrism within Israel’s notorious Likud Party, and a political context of settler colonial expansion and egregious human rights abuses, remains deeply disturbing”.

”We are confident that truth is on our side and that the Palestinian cause is just; we have no fear of listening to our political opponents. What we will not tolerate are invitations to a succession of war criminals and torturers. It was only in February that the Union hosted Tzipi Hotovely, another Israeli war criminal and former Israeli Settlements Minister (and vocal opponent of interracial relationships). It is doubtful the Union would invite Meridor if the organizers of this event or their families suffered under IDF bombing campaigns or torture in detention

There have been several calls from the International Centre of Justice for Palestinians and other Palestinian rights groups for the senior Likud politician to be arrested by the Metropolitan Police for “suspected war crimes” during the 2010 raid on the Gaza Flotilla and the 2012 Israeli operation in the Gaza strip, amongst other cases.

The event at the Union comes after protests in Lent term against the hosting of Israeli ambassador and former Settlements Minister Tzipi Hotovely.

The open letter encourages members of the Cambridge Union, as well as students and academics, to boycott the event and instead join a demonstration taking place outside the building.

Reacting to the objections, to the The Cambridge Union said in a statement: that “the Cambridge Union is strongly committed to our founding principle of promoting Free Speech. The Union’s role is to create a safe space in which to discuss difficult topics and provide members with the opportunity to cross examine them. The format of our speaker events offers members a unique opportunity to directly question powerful and high profile figures”.

“Dan Meridor will be taking questions from members, and we would strongly encourage students to raise the concerns referenced in the open letter in this portion of the event. The Union will always work hard to ensure balanced coverage and was proud to host ambassador Husam Zomlot (Palestinian ambassador to the UK) last Michaelmas”.

Cambridge University was also contacted to express their stance on the opposing feelings about the invitation. They declined to comment.