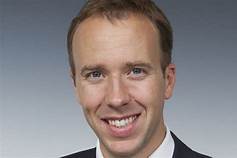 The UK Health Secretary has said that the risk to the Uk of coronavirus spreading remains low.

The number of cases of the Coranavirus has jumped to 830 and the death toll has risen to at least 26, with two fatalities now reported outside of Wuhan . Professor Whitty spoke following the Government’s Cobra contingencies committee, which met on Friday to discuss the outbreak of coronavirus.

In a statement he said: “I am working closely with the other UK chief medical officers. “We all agree that the risk to the UK public remains low, but there may well be cases in the UK at some stage.

“We have tried and tested measures in place to respond. The UK is well-prepared for these types of incidents, with excellent readiness against infectious diseases.

“We have global experts monitoring the situation around the clock and have a strong track record of managing new forms of infectious disease.

“The UK has access to some of the best infectious disease and public health experts in the world.

“A public health hub will be set up in Heathrow from today. This consists of clinicians and other public health officials, in addition to existing port health measures.”

He added: “We think there’s a fair chance we may get some cases over time.

“Of course this depends on whether this continues for a long time, or whether this turns out to be something which is brought under control relatively quickly.”

He added: “I think we should definitely see this as a marathon, not a sprint we need to have our entire response based on that principle.Health Secretary Matt Hancock said the risk to the UK public from the coronavirus “remains low” after chairing the Cobra meeting.

Exiting the Cabinet Office, Mr Hancock said: “We have just held a Cobra meeting on the coronavirus concerns.

“As I made clear to the House yesterday, the clinical advice is that the risk to the public remains low and the chief medical officer will be making a full statement later today.”

“There are no positive cases in the UK as yet, but we will go on testing and those numbers will of course change,” he said.

“I think it’s highly likely that we will have cases in the UK, and of course every so often we do get new infections coming from the animal kingdom such as this one.

“We do have a whole range of plans ready to go when that is the case and, and these are being implemented now so our systems are ready to diagnose somebody if they do come to the UK and have this infection, and of course the NHS is prepared to treat people, if they have this infection.”

Eighty Percent of patients tested in Scotland were Chinese nationals.He suggested that anyone returning from China who experienced symptoms should avoid ‘pitching up’ at hospitals or their GP, and instead contact NHS 111.

But he said that the majority of people would probably recover if they contracted the virus.

“Coronavirus is a very broad Church of viruses, from the common cold on one hand two sides on the other,” he added.

“The people who have died are large the older people with other illnesses that they’ve got. And as I say that the majority of people. It does look as if they’re making a full recovery.”