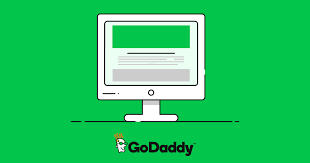 Giant website Godaddy suffered serious technical defects to its server , leading to irregularities that hampered the normal functioning of a number of sites.

The crippling  problem prevented our site from loading much of Thursday morning and afternoon. The site functioned intermittently, as several frustrating calls were made to the giant website for them to get a grip of the problem.

A notice entitled ‘Internal Server Error flashed across the screen, adding: ”The server encountered an internal error or misconfiguration and was unable to complete your request.

Please contact the server administrator to inform them of the time this error occurred, and the actions you performed just before this error.

Godaddy confirmed they had suffered ‘server latent’ issues which had caused the problems, and offered us three months of free hosting as a goodwill gesture.
”This things happen sometimes, it’s technology. Their occurrence is not that frequent , but they do happen. We will do our best to resolve it as quickly as possible”.

Over six calls were made to godaddy at various times in the day as the disruption impeded our administration team from publishing articles on the site.Our admin section reported continuous internal error messages following attempts to publish articles. When one of the articles finally got published, the site more than duplicated the article by publishing the same version three separate times.

An aggravating feature of the entire debacle was the unyielding nature of the problem to known procedures. Rectifying the uncharacteristic duplication of the articles  also proved an impossibility as the site would just not respond to efforts made.

Matters deteriorated later in the evening after one of the staff from their hosting team claimed to have fixed the problem. The site began to display an error message, blocking all content completely, contradicting the position of the hosting professional of 25 years experience. This is the second time in the last month we have experienced technical difficulties with godaddy.

CHRISTMAS SHUTDOWN
Last December, The Eye Of Media.Com was unable to operate throughout the Christmas period due to a technical error which prevented our articles from loading. Requests for stored backup to be retrieved were unresponsive, but eventually backdated to the 20th of December , rather than to Christmas eve when we had last published articles.

We lost an extra four days of back up which inexplicably could not be retrieved. Yesterday’s problem was another annoying episode which was very obstructive. In the afternoon, one of the company’s hosting support told us told us the problem had been fixed and now required a clearing of any cash on the site to restore its function. However, about an hour later, the site was completely down, displaying a critical debugging error .

PREMIUM SUPPORT TEAM
Godaddy subsequently deployed its expert premium support team to battle with the problem and address the issue, eventually restoring the site to its usual state, at no extra charge. The well established global company also granted us three months of free hosting as a goodwill gesture because of the inconvenience caused.

Founded in 1997, Godaddy has thrived through the mass-marketing of domain names, web hosting, and related services. It currently has 77 million domains under registration. They did a good job

Godaddy is one of the largest global hosting platforms It has an estimated 19,000 customers world wide and over 9,000 employees that work different shifts around its 24 hour business operation.