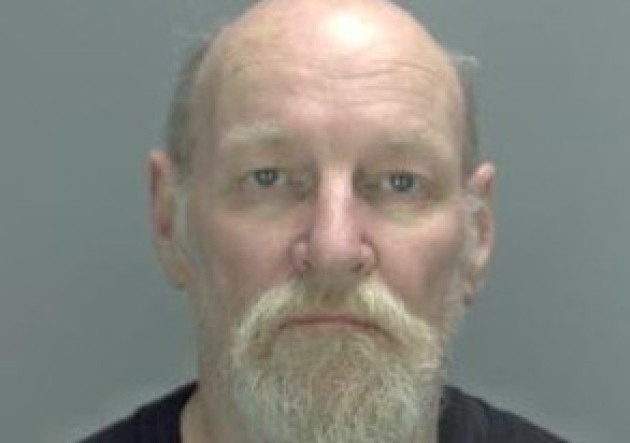 The estranged husband of a dying woman has been given a life sentence after suffocating her in what he told police was an “act of mercy”.

Cornelius Van Der Ploeg smothered his terminally ill ex-wife in her home. The brute was sentenced to life, with a minimum of six years, at Norwich Crown Court on Thursday.

Cherith Van Der Ploeg, 60, had been given days left to live after having been struck down by lung cancer when her former husband Cornelius Van Der Ploeg, 64, took her life at her home in Highfields, Costessey.B

Prioer to Van Der Ploeg sentencing at Norwich Crown Court on Thursday, a moving victim statement from one of his daughter’s described how her father’s horrific and shocking actions, “although out of love and not hate” had robbed her of precious time with her mum.

He told  family members present with Ploe that he had smothered her. The court heard that Mrs Van Der Ploeg was diagnosed with a terminal illness in January and her condition rapidly deteriorated.

She chose to have end-of-life care at her home in Costessey and her family visited her most weekends.

Van Der Ploeg asked to have time alone with is ex-wife and later asked two family members to come back into the room, when he told them he had suffocated her.

A fight then broke out between him and other members of the family. Police and paramedics were called and Van Der Ploeg again admitted killing his ex-wife, the court was told.

He said: “It appears that he killed his ex-wife, believing it to have been in her and her family’s best interests.

“However, as a result of the early death, Cherith’s daughter and son did not have the opportunity to grieve for their mother, while a police investigation in to the actions of their father took over.

“I hope, now that the sentence has passed, Cherith’s family can take time to come to terms with what has happened.

Mr Badenoch QC said the couple, who had been married for 39 years and had four children, moved to the UK in 2011.

By the time of the victim’s death they had separated, although the defendant continued to visit and support his former wife after she was diagnosed with lung cancer in 2019.

The court heard that at the beginning of 2020 Cherith returned home for “end of life care”, having undergone both radiotherapy and chemotherapy and had expressed a desire “not to be a burden on her family”

The court heard that at the beginning of 2020 Cherith returned home for “end of life care”, having undergone both radiotherapy and chemotherapy and had expressed a desire “not to be a burden on her family”

Mr Badenoch QC said on February 15 the defendant had asked two of his children, who were at the property in Costessey to help care for their mother, for 30 minutes “to be alone with Cherith”.

Van Der Ploeg was seen by his son with “his head on her pillow”.

The victim was later found to be pale and not breathing.

After he returned to the kitchen, Van Der Ploeg told his family “I throttled her”.

The defendant’s son would not listen to Van Der Ploeg and tried to get him out of the house.

The police were called and arrived with the defendant stating “it’s me you want”.

Van Der Ploeg told police he “hated to see his wife suffer so much”.He then told police that “she was in so much pain” and that they had previously talked about death and she had said to him “don’t let me suffer” and “he had said the same thing to her”.

He told officers “I couldn’t see her suffer any more”.

A victim impact statement, read out on behalf of one of his daughter’s, described the conflict the defendant’s actions had caused.

She said: “We don’t know why dad did what he did. We can only assume its because it’s the only thing he could do to help with mum’s suffering.”

She admitted her father “would not have done what he did if mum had not been in such a bad way” and insisted he was not an evil person, but said it was not his choice to make.

She went onto describe how the crime, “although horrific” is not what caused her the most anxiety, but the process thereafter where she was not able to grieve the loss of her mother but instead had daily visits from the police, “going over and over what dad had done” while not being able to grasp her mum was “gone forever”.

Van Der Ploeg, of Oxmoor Avenue, Hadley, Telford, broke down during the hearing.

Judge Holt added there was “no doubt at the time of her death she was suffering greatly and in serious pain from the cancer” but added it was “not right for anyone to make a choice over life or death”.