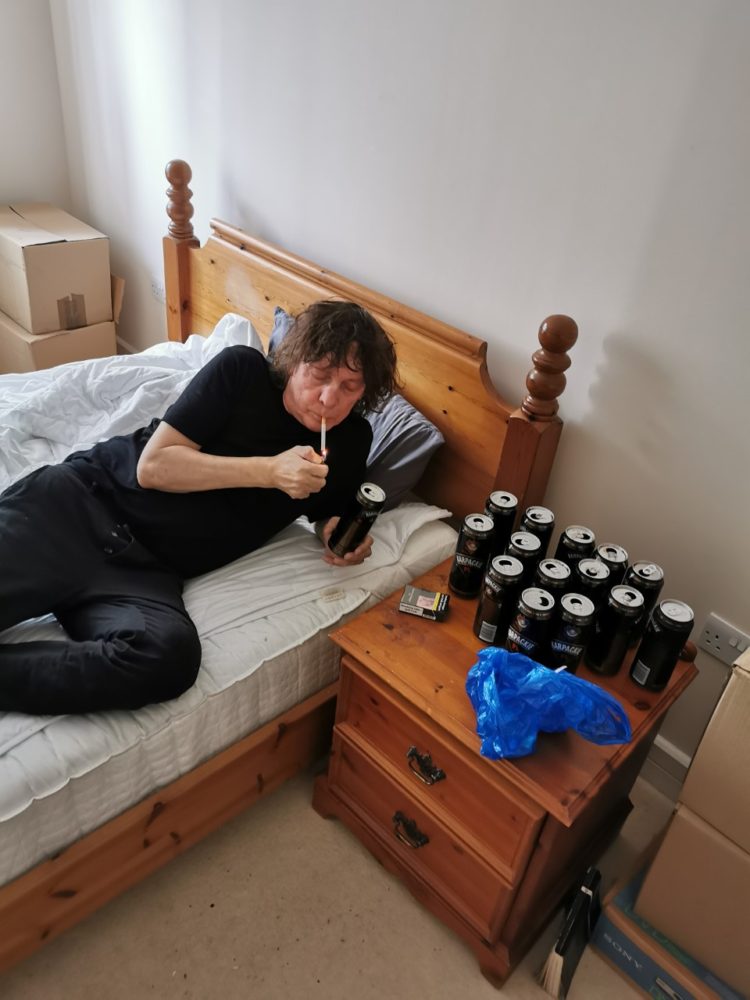 A depressed alcoholic left out of his late father’s will is making progress after month’s of close supervision.

Gary Hustwitt, 59, became heavily depressed after he discovered that he was left out of a majority of his father’s will because of a terrible problem of alcoholism which grew worse after his father’s death. His father, whose identity has been left out  was left with no concrete money or assets because of the poor way Gary treated him when he was alive. His refusal to give up his alcoholic habit which was tearing the family apart

Instead, his sister, who will not be named, was left as the executive in charge of the will and given a house worth hundreds of thousands of pounds, and an unspecified amount of cash believed to be worth hundreds of thousands. Alcoholic mr. Huswitt was fortunate to be granted access to limited cash at the discretion of his sister, whom his family say was more caring towards his father during his last years on earth. The will permits her to help Gary with very limited cash, according to his basic needs, which she is the sole determinant of.

The discovery plunged the Hockley man into deep depression, worsening his already bad alcohol problem. He began drinking over 10 pints of the strong Polish drink known as Kapache. Gary, who is unemployed, also doubled up his consumption of  cigarettes from 10 packets a day to 20 packets, as he sobbed helplessly like a baby, stuck to his bed almost on a constant basis. Surrounded by drug addicts during his worsening levels of depression, the former engineer said he had been fleeced of over £25,000 by a female addict  on whom he spent a vast majority of his savings over a 6 months period to feed her drug habit.

His situation deteriorated so badly that he on occasions wet himself whilst drunk and off his head.He also on occasions permitted the drug addict to pawn his belongings, but things got so bad that she began to help herself when he had enough of it. His guitar, television, watches, and jewellery, were all pawned to support the crack habits of the girl and her crack head mates.

He told The Eye Of Media.Com:

” It was so depressing, I just couldn’t help myself. I understand the complications of addiction and knew that one could die if they did not get their fix, so I stupidly helped her until she began to abuse my kindness. I loved her and believed we would eventually be together, I was very lonely. But she took advantage of me.

When my father died, my depression took a dive, and things got worse. I was feeling suicidal, and drug addicts in the area took advantage of me. I can’t just give up drinking at the snap of a finger, withdrawal can kill”.

Gary’s family after being contacted by this publication said he had been very rude and disregarding to his father when he was alive. He is accused of wishing his father’s speedy death, and also telling his mother that he wishes she would die quickly. He also allegedly insulted the same sister who is now in charge of the will, and at whose mercy he is. But he denies the allegation. He said: ”I think it is all very unfair. My father himself used to drink a bottle of whisky a day, how can I be left out just because I had a drinking problem? All they achieved is make me worse”.

Writers of this organisation  chased the drug addicts away from his home in Hockley, after  we threatened to take pictures of them. They were banned from his home, and after  productive discussions with his family, he was moved to a nicer location for from them in Essex, which we can’t reveal. His rent was covered for a year by his reasonably co-operative family, whilst we arranged for a carer and researchers to keep an eye on him and help steadily reduce his drinking habit. Gary, who was barely eating at all agreed to eat three square meals a day, paid for by his family and reduce his alcoholic intake to five a day, which was steadily reduced to four a day.

After nearly 3 months of close supervision, he now consumes between two and three cans a day, and from this week is supposed to be on one drink a day. However, he still gives us  some trouble by insisting on an extra can or two a day, but he has occasionally  in the last week drank just one can, after which he is expected to quit completely. A psychologist routinely speaks to him on a weekly basis, and under supervision, he is made to read 10 pages of a book a day, the contents on which he is questioned. Health experts have also advised that his diet includes particular nutritional food including fish and fruits, but it has been a struggle to get him to eat fish as regularly as prescribed.

”I am feeling better now, and appreciate the help I have been given, but don’t want to be forced to eat certain foods all the time. I want to be able to choose what to eat and when to eat. However, the terms of the assistance given to him is for him to eat when told to eat and what is given to him.

He eventually cut down to ten packets of cigarettes from 20 a day, after 2 months of steady supervision has now agreed to transfer to E cigarettes in an impressive attempt to give up cigarettes and improve his health. It took 4 days of negotiations for him to allow us to take and publish pictures of him drinking after lots of persuasion in consistence with our agreement to help him combat his depression and awful drink habit.