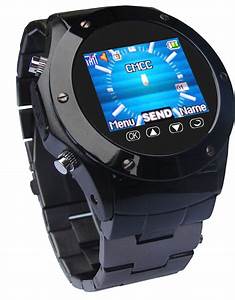 All watches are to be banned from exam rooms in conjunction with the leaks of exam papers on the dark web, a commission into malpractice has said.

A report from the independent commission on exam malpractice released today says that  invigilators are finding it  difficult to keep up with and monitor new technology that potentially allow pupils to cheat during exams.

The Joint Council for Qualifications is closely  considering the report’s recommendations and was already in the process of  scheduling a blanket ban on all watches in examinations from next summer. The Eye Of Media.Com can confirm that some pupils have already used smart watches to cheat in exams without detection over the years after an inquiry obtained through research of teenage secondary school pupils.   When discussing the academic system in schools with  teenagers  over the summer,  5 % of those surveyed from a small sample of 100 admitted using smart watches to cheat and also said they knew of others who had used it to cheat.

However, those  obtaining the data considered the claims to be false, until further inquiries made today suggested that it may actually be true.Yet,  Sir John Dunford, who chaired the commission, admitted there was little evidence that smart watches actually are being used to cheat in exams. Speaking at the launch of the report yesterday, Si9r Dunford said: “I think it is our fear that this will happen, and our wish to make the job a bit easier for exams officers and invigilators whose jobs are really, really difficult, by having a blanket ban rather than allowing some things and not allowing others.”

The report also expressed fears that pupils may  be using even more advanced means to cheat in exams, including in-ear technology, magic calculators and even false fingernails concealing microphones. However, it said there was “little evidence” that any technology other than mobile phones was “widely used” for cheating in the UK. A rise in the level of pupils granted access arrangements and special consideration in exams also raised serious concerns, according to the report. It revealed that access arrangements  were up 13 per cent in three years, and special consideration up 27 per cent . he lack of available data

The report added that  this “raises questions that need to be answered” about whether this is a “legitimate growth” or an “abuse of the system”, or a “system failure” that suggests reform is needed, and recommended JCQ commissioned more research into it.
It noted that the “highest proportion” of special consideration requests are for progress 8 subjects, and said it was a “matter of concern that the playing field is not level between well-resourced centres that can afford to have large students with access arrangements and other centres which do not, or cannot afford to, have the time and resources to process and invigilate large numbers.”