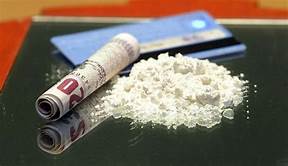 The danger with  all drugs, including class A drugs is always the true source of its ingredients.

Drug use has long been prevalent in today’s world societies, and even cannabis which is widely used or recreational purposes is mixed with a cocktail of unknown ingredients that potentially makes it very dangerous. Drug dealers who seek to maximise profits often lace cannabis with all sorts of mixes that could be very dangerous for users. Yet, smokers of cannabis and addicts of class A drugs are primarily concerned with the strength of the drugs in pursuit of the high they require.

Very rarely do users question the ingredients contained in the drugs they consume, as dealers in most cases do not inquire about those details. Many consumers of cannabis are not even fussy about what strain of cannabis they are smoking, and those who do cannot establish exactly what is in the cannabis itself. In the case of class A drugs, most users are enslaved to the high that the make up of the drug they are consuming is irrelevant to them. The more frightening fact is that many consumers of cannabis fill their spliff with an excessive amount of cannabis, scunk being the most popular type of cannabis smoked today.

Drug use has become an epidemic in many parts of the world, the Uk being no exception. The proportion of cannabis smokers that depend on getting high for their day to day satisfaction is increasing every year, making this a fashion among young people, especially teenagers and lads in their 20’s who can smoke from morning until night, and think it is cool to show off that they smoke everyday. They don’t see the stupidity in their lifestyle, but are blinded by the comfort of their equally blinded peers who are happy to lead an empty life of smoking without direction.

Addiction to class  A  drugs  makes a fool of many of its loyal customers. Addicts will do almost anything to get their fix, girls and women disrespecting their bodies to a point of madness through prostitution  to no limits,  extending to stealing from shops, friends, and even family members.  They become used to staying up for days at a time to consume substances that guarantees a slow death  and  diminishes their sense of responsibility.   Only last month,  news that six people in Essex died of class A drugs in a short space of a few days has led cops to believe that there was probably a bad batch contained in the drugs consumed by the victims.

Essex has always been considered a haven for eager drug dealers who consider the loyalty there to be high. Loyalty here means regular custom, seriously high levels of addiction. Addicts of class A drugs spend virtually every penny they can get on crack and heroine. They sell their belongings, steal those of their friends of family, anything to get their fix.

Some users go as far as injecting their groins to gain some odd level of satisfaction. This addicts trust their suppliers, which can change from day to day depending on who is immediately available. These ridiculous human beings who have no excuse for their sorry lifestyle also have the cheek to sit on street corners and beg for money to feed their habit. Sadly, at least in the Uk, many members of the public stop to give them money, believing they are helping them or being charitable. Actually, what they are doing is assisting the destruction of their mind, body, and souls, and encouraging the selfish beggars and others to continue to exploit the careless but good intentions of those who stop to give them money.

The Eye Of Media.Com has in past times, and still believe that kind members of the public should only ever offer them food or drinking water, instead of giving them money to continue their shameful lifestyle. The British government and the police need to do more to make it difficult for these people to selfishly disturb hardworking members of the public for their hard earned cash by finding a suitable deterrent to prevent them from bringing their scummy lifestyle to the public and disgracing a country built on principles of hardwork that yields respectable rewards.