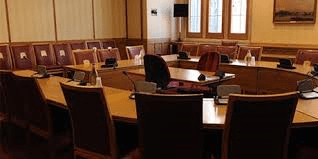 A joint Committee on Human Rights has asked judges to consider the well being of children when passing sentences against guilty defendants.

The cross-party group of MPs said the lack of information  judges have about the existence of children in the mix when sentencing guilty adults are a worrying issue that needs to be adequately addressed .

In a report published yesterday,  judges were told to make reasonable enquiries in relation to the defendant and whether they are the primary carer of a child. In circumstances where  the defendant is a primary carer of a child, the judge must wait until a pre-sentence report is available at the sentencing hearing, unless there are exceptional circumstances. The pre-sentence report must contain ‘sufficient’ information for the judge to be able to assess the impact of sentencing on the child, the report states.

The report states that  ”when a judge is considering sending a mother to prison, her child’s right to respect for family life should be a central concern, but too frequently this is not the case” . It adds that an estimated 17,000 children each year are separated from their mothers when those mothers are sent to prison,  and that  in the vast majority of cases, they are  for non-violent offences.
Children whose mothers are sent to prison are more likely than their peers to have future problems. ”These include an increased likelihood of criminal offending, mental health problems and drug and alcohol addiction, the report states.

It says that children whose parents are sentenced, in particular jailed, without due consideration to the effects on their well being, are also likely to earn less than their counterparts as adults and stop education at a younger age than is the norm. They are more likely to die before the age of 65.  The Committee makes proposal for urgent reform in four areas:
data collection, sentencing, support for children, pregnancy and maternity

Labour MP Harriet Harman, chair of the committee, said: ‘Judges can’t respect the human right of a child to family life if they don’t know the child exists. At the moment there is no guarantee that they have this information; there must be proper checks before sentencing.’
A mum-of-four, who went to prison for a non-violent crime, told the committee that she dropped her young children off at their schools, parked on a two-hour slot in front of the court, and within 15 minutes was sentenced to prison for three years. ‘Within a short space of time, my mothering roles, everything that I am as a woman, had been stripped and taken away’, she told the committee.

The guidelines are set to influence the way judges pass sentences, and will lead to a lot more deferred cases in many future cases,
A 15-year-old girl told the committee that when her mother went to prison, ‘I was left with all the responsibilities of going shopping, running a house, everything really’. She said she became isolated ‘and started to go down a really bad route of drinking, getting into trouble, expressing anger’.

The Magistrates Association hailed the  new directions for  detailed information about whether the defendant has children.
John Bache, the association’s national chair, said:

”We agree that magistrates, unless there are exceptional circumstances, should not be sentencing people to immediate custody, including decisions following a breach of a suspended sentence order, without a pre-sentence report, especially if there are dependent children.
‘Exceptional circumstances may include situations where there is a recent pre-sentence report, when a verbal update from probation can be sufficient to assure the court that there are no relevant changes to an individual’s circumstances.’

A government spokeswoman said: ‘Putting women into prison can do more harm than good for society, often failing to cut the cycle of reoffending and exacerbating already difficult family circumstances. That’s why we are shifting the focus to robust community sentences where they can access a wider range of support, for example helping them with substance misuse and mental health problems.
‘But when women do go to prison, supporting them to maintain links with their children is vital which is why we are considering greater use of technology and day release.’