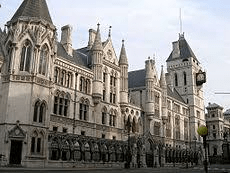 A circuit judge has placed an injunction against an aggrieved doctor afterclaims of harassment through  a blog. His Honour Judge Simon Oliver applied for a final injunction restraining former trainee doctor Javed Shaikh from harassing him after it emerged the doctor had been  publishing detrimental material about him online.

Shaikh lodged a complain about judge Oliver after he refused an application to set aside a decision of the Administrative Appeals Chamber of the Upper Tribunal relating to his suitability to continue practising.

The dramatic  High Court case heard that the defendant had operated, controlled and/or published a website called judgesbehavingbadlyblog which emerged in 2016 . Contents in the blog had accused the judge of bribery and corruption. Personal allegations  were also made about the judge, including the nature of the relationship with his wife.

Photographs published on the site indicated that the family had been subject to surveillance. The judge’s witness statement detailed that he felt sick thinking about the website, the contents of which included threats to attack his wife, take his children and grandchildren hostage, and sprinkle anthrax over his house.

Shaikh’s denied all the allegations, including harassing the judge in any way and stating there was no evidence against him of wrongdoing. He denied being responsible for the website in any way and counterclaimed, saying the judge was using the court system to harass him.

Following a hearing last month, Mr Justice Julian Knowles said Shaikh’s defence was ‘no more than a bare denial’ and should be struck out. The counterclaim was ‘obviously deficient, abusive and vexatious’ and should also be struck out.

Julian Knowles J concluded the defendant’s denial ‘does not even reach the “fanciful’ level” and said the evidence was overwhelming that he controlled the website and authored its content. Looking at previous court judgements involving Shaikh, the court found one of his modus operandi was the ‘pursuit of internet vendettas against individuals who have crossed him’.

Julian Knowles J added: ‘What the defendant has done goes far beyond anything that could be considered reasonable or fair comment, even allowing for the fact that the claimant is a judge and so, as he accepts, must expect robust criticism of his work.

The conduct complained of [was] persistent and deliberate conduct that is unreasonable and oppressive, has been targeted at the claimant, and has been calculated to, and has, caused him alarm, fear and distress.’