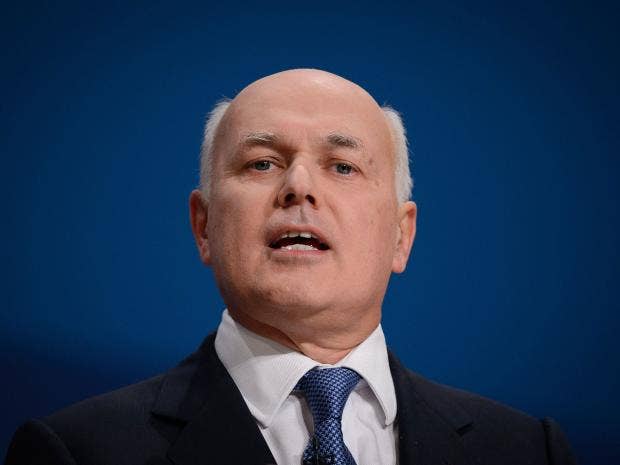 MP Ian Duncan Smith has reported abusive and threatening social media comments to the police, claiming to have been the victim of a ‘targeted’ campaign.

The Conservative MP for Chingford and Woodford Green has been left alarmed,  having been subjected to several threats and abusive comments  on a Facebook post detailing graffiti vandalism at his constituency office. The right honourable  Ian Duncan Smith is technically no longer the Mp for Chingford and Woodford Green and is now a  Conservative candidate until after the elections

Mr. Duncan Smith’s personal attacks began when on the morning of November 25, he found his office in Station Road, Chingford, had been defaced by graffiti. He has since not returned to his office.  The message on his wall read:

‘Tory cuts kill’ and ‘Tories out’ had been spray-painted in black over the door and window of the building.  Commenting on his facebook page, one individual said: “Seems perfectly acceptable to me. Also acceptable would be lining you up against a wall in front of a firing squad.”

Mr Duncan Smith has described the comments as a ‘targeted left wing attack’.He added: “They are just trying to frighten decent people. This is the nastiest general election campaign I have seen in my more than 20 years here.

“But it’s counter-productive. People see this and just think these people are nasty.”

Officers are investigating and looking at the CCTV records. There has been no arrest. The social media threats have also been passed on the Police and are being investigated.’