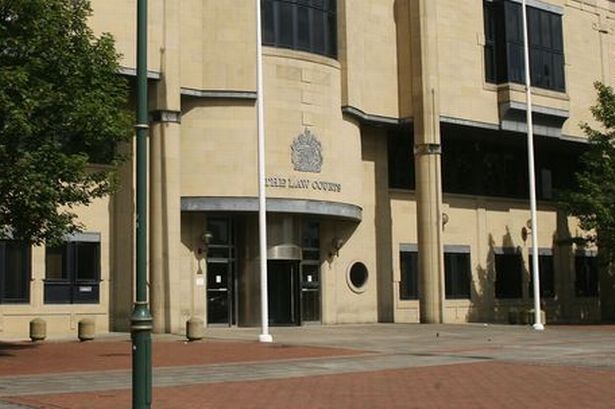 Shamoon Arshad’s explanation that he fell on top of her in the cluttered room and had nowhere else to place his hands except her chest to get up was dismissed as “ridiculous” by Judge Ahmed Nadim.

Arshad, 33, of Westfield Road, Heaton, Bradford, pleaded guilty to sexually assaulting the woman several years ago on the day of his trial in November last year.

Prosecutor Ian Howard told Bradford Crown Court yesterday that Arshad, a carpet fitter by trade, was at the house to measure up and lay carpets.

He asked the woman to help him move furniture around upstairs and while doing so he took several items of her underwear out of a drawer and made sexualised comments.

He then held her by the shoulders and offered to massage her before trying to kiss her, pinning her against the wall and grabbing her breasts.

Arshad then laid the carpet and tried to kiss her again on his way out, Mr Howard said.

The perv denied fault, claiming to have fallen on top of the woman. because the room was crowded and  he had to place his hands on her chest to get up.

Arshad’s barrister, Matthew Harding,  conceded that the offence passed the custody threshold but urged the court to suspend it.

But Judge Nadim said Arshad’s explanations to the police and his probation officer did not inspire confidence in his character.

The offence was a breach of trust after he was invited into the house.

“It undermines the confidence of the public to admit tradesmen into their homes for work to be carried out.

“You have violated that trust by conducting yourself in the manner that you did.

“It would be an affront to the law if you were not required to serve the sentence immediately,” he concluded.

West Yorkshire Police said they do not release picture images of people jailed for under 18 months.