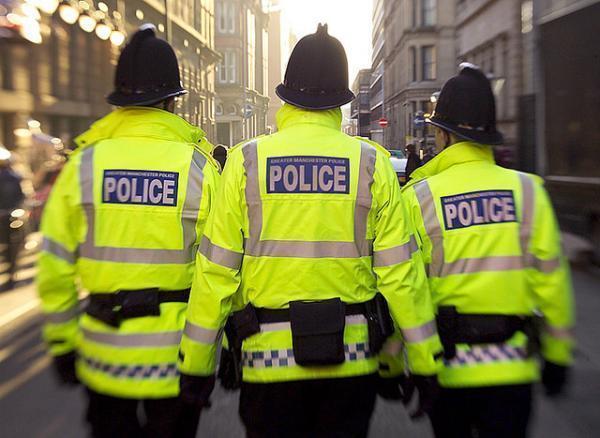 Greater Manchester Police is today facing very difficult questions  to explain why the fingerprints of one of its own marksmen were found on a gun seized in a raid at a house.

In the absence of a satisfactory answer, there is the further question of  why the officer in question has still not been suspended but is on restricted duties.

The  officer whose identity has not been released by GMP , shocked his colleagues after they found his prints on a gun during a raid on a crime gang.

An internal probe was launched after alarmed cops discovered the fingerprints  on the gun belonged to a police firearms officer, but sources in the Manchester  have protested the  fact the officer is still working in the force despite the findings. area told The Eye Of Media.Com  that there are a number of  police officers secretly involved in drugs, and that some even supply guns to gangs.

However, no specific evidence has been supplied in relation to Greater Manchester Police, and the allegation involving police officers secretly involved in guns appears to relate to the police force in general.  The discovery of a gun with the prints of a police officer is particularly disturbing.

Concern in the Manchester area that dodgy cops are being allowed to escape accountability has been growing among locals in the area, one also shared by people across various boroughs in the country.

The fact the officer in question was not involved in the operation to execute the warrant or  part of an investigation into an organized crime group has particularly alarmed parent sin the Manchester area.

Some of our readers from Manchester who follow us on our internet radio and instagram, initially  contacted us on instagram to raise this and other issues in the area.

Yolanda Mukwata from Manchester said: ”it’s shocking that the finger prints of an officer was found on a gun and he hasn’t been even suspended. This is a joke, the officer should have been charged for supplying guns to gangs. What is the police investigating that is taking so long. This sounds like corruption.

Another lady from Manchester, Linda Evans, told The Eye Of Media.Com: ”this is actually frightening. We have a police officer who most likely supplies gangs with guns , but is working in the police force. This is unreal.

Mark Langton from Manchester, added : ” This news that a police officer’s prints was found on a gun in a gang raid is the single piece of news to let the world know how corrupt Greater Manchester Police is.  The reality is that you have gangsters in their midst, and they are being covered up. What excuse have they got for finding a marksman’s finger prints on a gun when he wasn’t even involved in the raid or that case at all? This looks like the guy is secretly involved in that gang.

It is understood the officer concerned has not been suspended but has been placed on restricted duties at a police station in Greater Manchester while the investigation continues.

A source has revealed an investigation will examine whether there is an innocent or sinister explanation for the presence of the prints.

New head of England’s second police force, Stephen Watson, vowed to quit if  Manchester is not in a “demonstrably better place” within two years when he took over as chief constable of Greater Manchester police (GMP) in May 2021, after his predecessor was forced to step down over an inspection report that found the force had failed to record 80,000 crimes in a year. He has a year to go to achieve the wide ranging reforms he promised.

News of a potential gangster in the force will no doubt be a worrying development for Watson, who will either already be aware of this revelation, or be made aware in due course.

A spokeswoman for Greater Manchester Police said in a statement: “GMP take all allegations of misconduct and criminality relating to officers and staff extremely seriously and swift action is taken to resolve matters as soon as possible.

“We remain committed to being as open and transparent with the public as possible in our dealings relating to misconduct and criminal allegations, to demonstrate our approach to dealing with any behaviour from officers and staff which is inconsistent with what is expected of GMP employees.

“The outcomes of all of our misconduct hearings are made public once concluded”.

Manchester police also did not respond to  a question as to why the police officer’s finger prints were on file in the first instance, and what crime he may have committed.