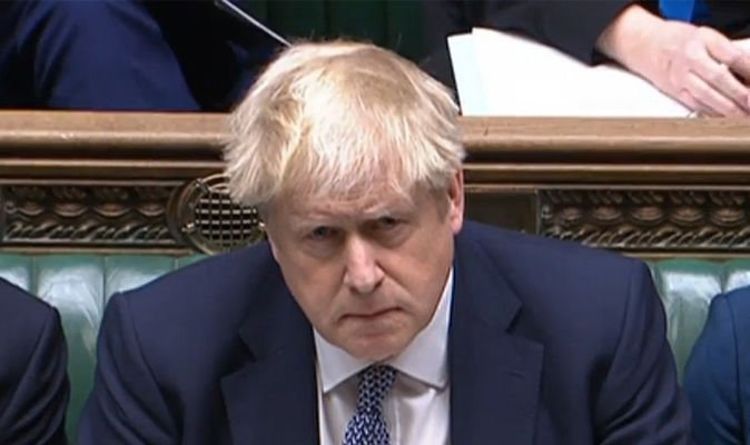 Prime minister, Boris Johnson, has insisted  he was never warned about a party in No 10, and that he believed a party held in lockdown by Downing Street staff was a work event .

Johnson is still recovering from an embarrassing onslaught from Labour leader, Keir Starmer in the House Of Commons over the partygate scandal, but is being put under fresh pressure by reporters over the scandal which has rocked no 10.

Speaking to reporters on Tuesday morning, the prime minister denied he had been told of the gathering ahead of time.

The ministerial code states: “Ministers who knowingly mislead Parliament will be expected to offer their resignation to the Prime Minister.”

Asked whether Mr Johnson would have to resign if it was proven he had lied to parliament, Sunak said: “I’m not going to get into hypotheticals. The ministerial code is clear on these matters.

“But as you know, Sue Gray is conducting an inquiry into the situation. I think it’s right that we allow her to conclude that job.”

The Chancellor was not present at prime minister’s questions last Wednesday while Mr Johnson made his apology to MPs, fueling speculation in Westminster that he was attempting to distance himself from the crisis.

When asked if he had lied as he broke cover for the first time in days, Mr Johnson said: ‘No. I want to begin by repeating my apologies to everybody for the misjudgments that I’ve made, that we may have made in No10 and beyond, whether in Downing Street or throughout the pandemic.

‘Nobody told me that what we were doing was against the rules, that the event in question was something that … was not a work event, and as I said in the House of Commons when I went out into that garden I thought that I was attending a work event.’

‘I am deeply sorry for misjudgments that were made. I carry full responsibility for what took place,’ Mr Johnson said during the visit to a north London hospital.

‘Nobody said to me this is an event that is against the rules, that is in breach of what we’re asking everybody else to do, it should not go ahead.

‘What I remember is going out into that garden for a short time and for 25 minutes thanking staff who’d worked on Covid, who were continuing to work on Covid, and then going back to office

‘If I had my time again, I would not have allowed things to develop in that way.’

Challenged again on whether he had been verbally warned about the gathering in the Downing Street garden, Mr Johnson said: ‘I can tell you categorically, categorically, that nobody told me and nobody said that this was something that was against the rules or was a breach of the Covid rules or we were doing something that wasn’t a work event because, frankly, I don’t think, I can’t imagine why on earth it would have gone ahead or why it would have been allowed to go ahead.

‘My memory of this event, as I’ve said, is going out into the garden for about 25 minutes for what I implicitly thought was a work event and talking to staff, thanking staff, I can’t remember exactly how many – but for about 25 minutes I was there. I then went back to my office and continued my work.’

He added: ‘I do humbly apologise to people for misjudgments that were made. But that is the very, very best of my recollection about this event.’

On whether he will resign if Ms Gray sets out a different picture, Mr Johnson said: ‘We’ll have to see what she says. I think that she should be given the space to get on and conclude her inquiry.

‘I would urge everybody who has knowledge of this, memories of this, to tell her what they know.

‘Let’s see what the report says.’