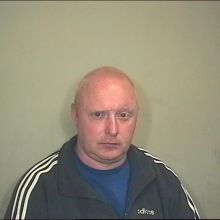 A West Yorkshire man has been jailed for eight years after being found guilty of historic sex offences against a child that took place over 35 years ago.

Hill, now aged 53, was found guilty of the sex assault as well as four further counts relating to the sexual abuse of the same victim. The offences took place in the South Elmsall area in 1984 or 1985.

Trevor Hill, of Pontefract, was a teenager when he carried out a serious sexual assault against a nine-year-old boy he befriended in the early 1980s.He has now been  placed on the sex offenders register for life.

Appearing before the Leeds Crown Court for sentencing today, Hill, who was found guilty by a jury in December, was sentenced to eight years in prison.

His capture and sentencing over three decades later shows it is never too late  to be caught and prosecuted  for offences committed years ago, even when the perpetrators believe they have escaped detection.

Speaking after the sentencing, Detective Sergeant Nicola Hewitt of the Wakefield District Safeguarding Unit said: “I would like to thank the victim for his bravery in coming forward and for giving evidence in court.

“This meant having to re-visit very painful memories that, for a long time, he had tried to supress.”

“The victim’s disclosure was described as extremely harrowing and I am so proud of him for coming forward and speaking out.

“Hill has got the sentence that he deserves. At no point did he show any remorse for his actions and, he selfishly made the victim relive the ordeal again in court.

“This case shows that, despite the passage of time, people like Hill can be brought to justice and I would urge anyone who has been in a similar position to come forward, to report the matter to us.

“We have dedicated safeguarding officers who can support you, believe you and take your reports seriously.”