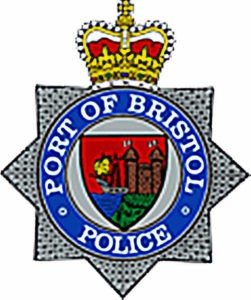 A Bristol police officer has been sacked after becoming pregnant for a drug dealer.

PC Jennifer Winter knew the man was connected to the illegal drug trade , but denied having this knowledge.

When quizzed about her relationship with the man, she claimed to have met him when he helped change the car stereo of her second cousin. They were not in a relationship, she claimed , in her endless episodes of lies .

She was eventually seen by a colleague sitting with the man in Belmont road, and this sighting blew her cover.

Further probing confirmed she had looked up the man on the national computer database. Thus finding did not stop the attempt if the officer to continue to attempt to evade detection.

The officer claimed she was in fact impregnated in 2013 by a man she met on a motorway when four eyes met and they both pulled over and exchanged numbers. A liar with a vivid imagination, Jennifer Winter was portraying an image of a randy officer not focused on the job, but looking out for men.

Investigators from the police professional standards said she knew having such relationships would compromise her professional credibility and integrity. It amounted to ” grosse misconduct”, investigated said.

She told ” lie after lie”, investigated said. PC Jennifer Winter also accused her colleague if being ” a grass and a “snake ” for investigating her. She was sacked lying , and joins the list of dodgy police officers caught in acts of misconduct.

Police officers are very useful to society, but when an officer starts to date and have children for drug dealers, there is every reason to believe they have he intention of protecting their illegal trade, or even joining them in one form or another.

Jennifer Winter was stopped before she used her power to cause more misery for drug addicts , and potentially support and encouraging his observing them.