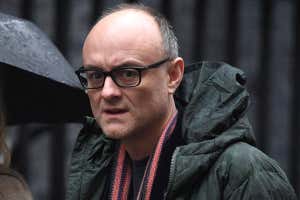 The prime minister’s adviser may be in the hot water after breaking UK lockdown rules in March, it has been revealed.

A joint investigation by The Guardian and the Daily Mirror claims Dominic Cummings has exposed the prime minister’s top adviser, Dominic Cummings, for breaking the UK lockdown.

Analysts believe that unless Mr. Cummings is able to provide a convincing explanation for the reach, he could fight to keep his job as the Prime Minister’s top adviser.

However, there are some claims on social media that he may have a perfect explanation for the breach, which would otherwise pit him at odds with the government’s regulations.

Besides that, Prime Minister, Boris Johnson is believed to like and trust Mr. Cummings  judgement very much . This could make it publicly messy unless Mr. Cummings can provide a satisfactory explanation for the breach.

The joint investigation reveals Mr. Cummings parents was approached by Durham Constabulary on 31 March after travelling to the city, which is more than 200 miles from his London home.

Labour wants Mr.Cummings held to account for the alleged  breach.

Mr. Cummings parents were approached by Durham Constabulary on 31 March after travelling to the city, which is more than 200 miles from his London home, the joint investigation revealed.

A Labour spokesperson said: “If accurate, the prime minister’s chief adviser appears to have breached the lockdown rules. The government’s guidance was very clear: stay at home and no non-essential travel.

The British people do not expect there to be one rule for them and another rule for Dominic Cummings.

“Number 10 needs to provide a very swift explanation for his actions.”

Police spoke to Dominic Cummings about breaching the government’s lockdown rules after he was seen in Durham, 264 miles from his London home, despite having had symptoms of coronavirus,

Officers approached Boris Johnson’s key adviser days after he was seen rushing out of Downing Street when the prime minister tested positive for the virus at the end of March, a joint investigation by the Guardian and the Mirror has found. There are now calls for his resignation.

At the time, the government had instructed people not to travel and to stay at their family homes. Cummings, however, was seen in Durham. A member of the public is understood to have seen him and made a complaint to the police.

When asked if Cummings had been warned about breaching the lockdown, a spokesman for Durham Constabulary said: “On Tuesday, March 31, our officers were made aware of reports that an individual had travelled from London to Durham and was present at an address in the city.

“Officers made contact with the owners of that address who confirmed that the individual in question was present and was self-isolating in part of the house.

“In line with national policing guidance, officers explained to the family the guidelines around self-isolation and reiterated the appropriate advice around essential travel.”

Downing Street has previously refused to disclose where Cummings was staying during the lockdown.

The Guardian has also been told Cummings was spotted near the gate of his parents’ home with a young child, believed to be his son, at around 5.45pm on Sunday 5 April, five days after the complaint was made to the police.

More concerning for the investigators is the fact mr. Cummings had only   began self-isolating with symptoms of the virus. Investigators also claimit was also less than two hours before the prime minister was admitted to hospital after his symptoms worsened..