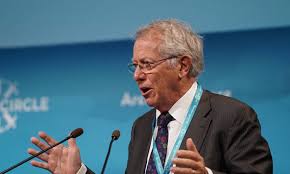 Senior scientists have warned that 1 June is too soon for schools to reopen safely in England and that more time is needed to set up an effective track and trace system to contain future outbreaks.

The independent Sage committee propose the re-opening of schools being delayed by 2 weeks rather than open on June 1.

Chaired by  former government chief scientist Sir David King,(pictured) the group say the new modelling of coronavirus shows the risk to children will be halved if they return to school two weeks later than ministers propose.

Delaying until September would further reduce the risk.The extra two weeks would allow more time for infections to fall in the community and for crucial track and trace capacity to be built up so new cases are found and isolated fast.

“It is clear from the evidence we have collected that 1 June is simply too early to go back. By going ahead with this dangerous decision, the government is further risking the health of our communities and the likelihood of a second spike,” Prof King said.

The independent Sage committee will host an online discussion at midday on Friday for teachers, parents, children and union representatives in association with the British Medical Journal and Mumsnet.

The UK’s independent SAGE committee has stated that schools should not re-open on June 1 because there is ‘no clear evidence’ that it is safe to do so.
The committee of independent scientists, SAGE, chaired by Sir David King, the former Chief Scientific Advisor, has released a ‘draft consultation report’ which says that schools should not re-open until local ‘test, track, and isolate’ systems for COVID-19 infections are in place.

‘There is no clear evidence that these conditions are met. Until they are it is not safe to open schools on 1 June,’ the report says.

The committee is holding a public engagement today which will be live streamed on YouTube, Facebook and Twitter at 12pm, in association with the British Medical Journal and Mumsnet, to take questions from the public including parents, teachers, union representatives, children, and other interested parties.

According to new modelling, the risk of infection for children is halved if school re-openings are delayed by two weeks, and a delay until September reduces the risk to below road traffic accident level.

The report says that further modelling is needed to show regional risks and that it intends to do so before issuing its final recommendations to the Government next week.

Harm to children from schools remaining closed and the disproportionate impact on certain groups, including economically disadvantaged children and those from black and minority ethnic (BAME) communities, is also highlighted in the report.

The committee has proposed that summer camps and open-air schools could offer a solution and suggests requisitioning independent school buildings and playing fields to ‘provide a better infection control environment’, as well as using football stadiums and other sports facilities.

Sir David King said: “It is clear from the evidence we have collected that 1 June is simply too early to go back. By going ahead with this dangerous decision, the government is further risking the health of our communities and the likelihood of a second spike.

“However, we also recognise that the decision of when to re-open our schools is a careful balance and that it is vital for our young people to get back into the classroom as soon as it is safe to do so. The current climate is likely to disproportionately affect the most disadvantaged in society; therefore, it is vital that the government also considers innovative ways to help those who need it most.”