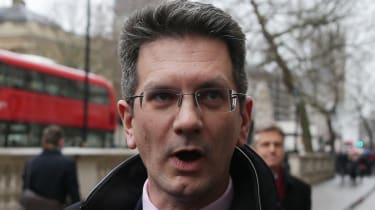 Wildly Incorrect” model warning of 4,000 deaths a day forced Boris Johnson into a lockdown, it was claimed in parliament.

During  a debate at Westminster, Steve Baker, deputy chairman of the Covid recovery group, said the Prime Minister had contacted him shortly before announcing new restrictions on October 31 2020 asking for advice.

Baker made reference to inaccurate modelling from Cambridge University and Public Health England, which (PHE) suggested that without immediate restrictions there could be 4,000 deaths per day by the end of December.

Mr Baker said that he had told Mr Johnson to challenge the model, and Prof Tim Spector, of King’s College London, and Prof Carl Heneghan, of Oxford University, were called into Downing Street to go over the data.

Mr Baker said: “By Monday, Carl Heneghan had taken the wheels of those death projections, by which time the Prime Minister had, disgracefully, been bounced using a leak into a lockdown. This is absolutely no way to conduct public policy.

“The reality is the Prime Minister was shown a terrifying model which was subsequently proven to be widely incorrect but he took away freedoms from tens of millions on that basis.

“It is monstrous that millions of people were locked down, effectively under house arrest, their businesses destroyed, their children prevented from getting an education.

“The situation is now perfectly plain that even our most basic liberties can be taken away by the stroke of a pen, if a minister has been shown sufficiently persuasive modelling that tells them there is trouble ahead.”

Mr Seely argued this prediction followed a long line of inaccurate models produced by Imperial College London — where Professor Ferguson works — that have caused radical policies, starting with the mass culling of millions of animals during the foot-and-mouth disease outbreak in 2001.

He was joined by the Covid Recovery Group deputy chair Steve Baker, who accused modellers of bouncing No10 into restrictions throughout the pandemic.

Professor Neil Ferguson described how he had become ‘something of a marmite figure’ as he admitted he ‘made mistakes’ and ‘oversimplified things’ during the pandemic.

The Imperial College epidemiologist, whose initial modelling helped shape Britain’s Covid response, said while it had been challenging for most Western governments to act in a timely manner the science throughout the crisis ‘had basically been right’.

However the scientist, nicknamed ‘Professor Lockdown’, admitted he had ‘made mistakes for which he apologized for’ as he spoke of the public scrutiny that his private life had come under.

He also described how there had been ‘a lot of political opposition’ as he and scientists spoke of case numbers rising and the hospitalizations and deaths that would follow if action wasn’t taken last year.

The scientist’s comments come after he resigned from the government’s scientific advisory group (SAGE) last year after claims emerged that Antonia Staats, who was reported to be his lover, visited him at home – in breach of lockdown rules.

Mr Seely said: ‘Thanks to some questionable modelling, poorly presented and often misrepresented, I think it is true to say that never before has so much harm been done to so many by so few based on so little, questionable, potentially flawed data.

‘I believe the use of data is pretty much getting up there for national scandal.

‘This is not just the fault of the modellers but it’s how their work was interpreted by public health officials, by the media and yes, by politicians and sadly by Government too.

‘Modelling and forecasts were the ammunition that drove lockdown and created a climate of manipulated fear.

‘I believe that creation of fear was pretty despicable and pretty unforgivable.’

He reminded the house that Professor Ferguson’s models back in 2001 — which have since been harshly criticised by other experts — led to millions of animals being unnecessarily slaughtered because of the foot-and-mouth disease outbreak in Britain.

The second stage of the ‘scandal’, he said, was Professor Ferguson’s intervention prior to the March 23 lockdown in 2020.

Professor Ferguson’s Imperial modelling team released a paper on March 16 claiming Covid deaths could spiral to 500,000 if restrictions were not implemented.

Imperial later released studies suggesting lockdown had saved hundreds of thousands of lives, which amounted to ‘marking their own homework’, Mr Steely said.

And the third stage came this winter when Professor Ferguson’s team, along with modellers at the London School of Hygiene and Tropical Medicine and University of Warwick, predicted further thousands of deaths and NHS collapse because of the Omicron variant.

This time, Boris Johnson did not yield to the claims.