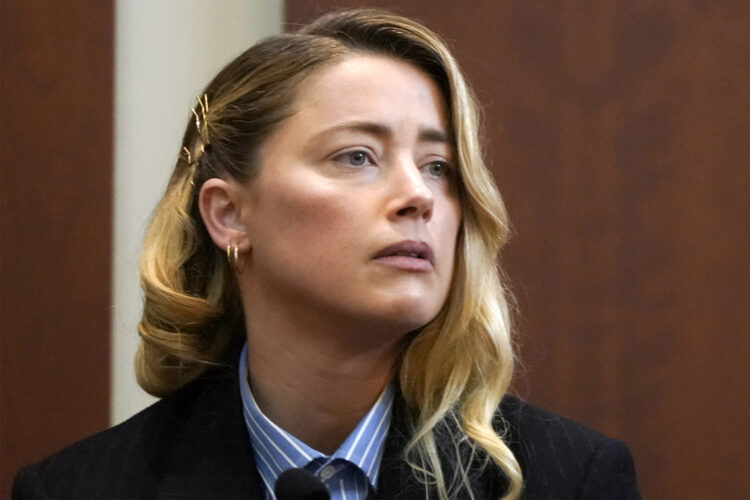 Amber Heard feared her ex-husband Johnny Depp would accidentally kill her during an alleged assault on their honeymoon, a US court has heard

Court proceedings in the defamation trial opposing Johnny Depp and Amber Heard have resumed after a week-long hiatus.

The high profile case in Virginia has resumed for a fifth week after a pause, before which Mr Depp had told his side of the story and Ms Heard had begun some of her testimony.

Heard has  already been subjected to criticism on social media as she testified in the court during her countersuit against ex-husband Johnny Depp, with many Titok users mocking her, and presenting their version of what amounts to debunking her claims.

Heard is being sued by Depp for $50m for implying he abused her in a 2018 Washington Post op-ed. Although she didn’t name him, he claims her allegations impacted his ability to work.

Heard has spoken in great detail  about her troubled relationship with Depp and detailed alleged physical fights. The court heard a harrowing account of an alleged sexual assault on Heard during a brutal and bloody altercation in Australia in 2015. Cross-examination may begin as soon as this afternoon.

Depp will also be called back to the witness stand as part of Heard’s case, and the jury is also set to hear from Whitney Henriquez, Heard’s sister, and actor Ellen Barkin, with whom Depp had a brief relationship in the 1990s.

Ms Heard, 36, has portrayed the actor as an abuser plagued by drug addiction, jealousy and self-harm.

In court on Monday, Ms Heard alleged that Mr Depp, 58, attacked her while aboard the Orient Express train in Asia after their February 2015 wedding, claiming that he struck her and held her by the neck while in their sleeper compartment.

“He was squeezing my neck against the railway car for what felt like a very long time,” she said.

She said she recalled thinking he could “kill me”.

“I remember being scared that he wouldn’t mean to do it,” she said.

In another instance, Ms Heard described a “week of hell” after Mr Depp allegedly became jealous after she was offered a role with James Franco. She claimed he punched her and threw her into furniture.

While Ms Heard said that the marriage was “at times, very loving”,  she said it deteriorated over time to a point in which tension and violence became “almost normal”. They divorced in 2017, after two years.

“In fights he often would cut his arms or hold his knife to his chest or draw blood, superficially at first,” she said. “He also put cigarettes out on himself.”

Mr Depp has denied ever striking Ms Heard, and told jurors that she had a “need” for conflict and violence.

On Monday, jurors heard a number of audio clips of the former couple arguing. In one clip – which went viral ahead of the trial – Ms Heard can be heard saying she hit Mr Depp.

“I was hitting you. I was not punching you,” she can be heard saying. “You’re not punched.”

According to Ms Heard, she sometimes “reactively” hit Mr Depp and claimed that she was referring to the “disparity” of their strength.

His attorneys, however, have said that the article “incalculably” damaged his reputation and career. She has countersued him for $100m.

In Monday’s hearing, Heard  also addressed an incident in February 2016 where Depp claims that she pooped in their bed at their Los Angelis penthouse after an argument the night before on her 30th birthday.

Depp’s chauffeur Starling Jenkins previously told the court that Heard told him it was a ‘horrible practical joke gone wrong.’