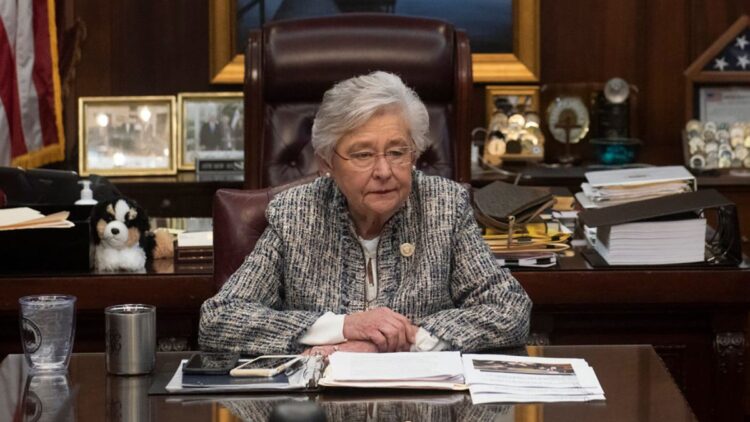 The news comes in the wake  of what is perceived as homophobic and transphobic legislation across the U.S, and is aimed at making LGBTQ pupils comfortable in schools.

Courtney Roark, Alabama policy and movement building director for Unite for Reproductive & Gender Equity (URGE), said that the new law is a hard-won fight for advocates who have been working toward this for years.

“We are proud that young queer and trans folks, in particular, made their voices heard in ending this harmful requirement. This win is just one step in the direction of the sex ed we’d like to see in Alabama, which is sex ed that is comprehensive and LGBTQ+ affirming,” Roark said in her statement

Alabama, a highly religious city,  signed an anti-trans sports bill last week, which has been frowned at by LGBT groups.

Kay Ivey signed the sex ed bill,, forbidden  teachers from telling students homosexuality is ‘not a lifestyle acceptable to the general public’ and that ‘homosexual conduct is a criminal offence under the laws of the state’ – this was earlier known as a ‘no promo homo’ law, criticised for being damaging and misleading to young people.

Sponsored by former teacher and Democratic state representative Laura Hall is particular about medical terminology  used in schools with regards to sex education,

Under the new law, teachers will still be required to teach abstinence to avoid ‘unintentional pregnancy’ and/or STDs under Alabama law.

Hall told the Alabama Media Group in March that she downplayed the removal of the condemnation of homosexuality and focused arguments in favor of the bill on making the sex ed curriculum age-appropriate and scientifically accurate, fearing that the Republican majority might derail the bill if it focused to much on its LGBTQ aspects.

The previous law, which was amended by Hall’s bill, was one of several “No Promo Homo” laws governing LGBTQ content in the classroom in various states.

Hall says the focus was on making the curriculum more contemporary and scientifically accurate; given the Republican majority in the state, challenging LGBTQ+ attitudes (no matter how outdated and morally wrong they are) threatened to derail the bill.

Metro News reports that the new laws discourage or punish teachers, whether in sex ed, history, or literature classes, from presenting homosexuality in a neutral manner — let alone a positive light — and compel speech by requiring them to regurgitate pre-approved statements condemning homosexuality. Lawsuits have been filed in several states with No Promo Homo laws, prompting some politicians t

The law also requires parents to be notified about sex education prior to their children taking lessons. The law comes into force on July 1 this year.

The Southern Poverty Law Centre praised the bill, saying: ‘With these changes, we’re encouraged that all youth, regardless of their sexual orientation, will receive an education that empowers them to make healthy, informed decisions about their relationships and their bodies.

In May last year, Kay Ivey instituted one of the most restrictive abortion law in the United States. The law makes it a crime for doctors to perform abortions at any stage of a pregnancy, unless a woman’s life is threatened or there is a lethal fetal anomaly.

Under the new law, doctors in the state face felony jail time up to 99 years if convicted. But a woman would not be held criminally liable for having an abortion.

However, her new law has been praised by LGBT groups who had given up on laws that protect their interests.