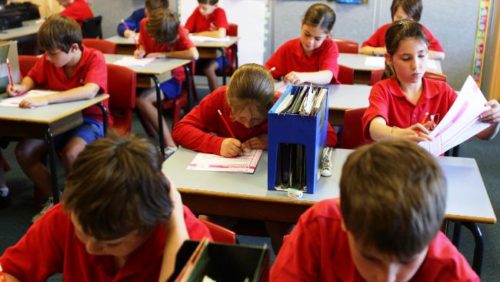 Home education in British schools are on the rise, prompting an announcement from the children’s commissioner to publish figures for every school in England.

The research, published in a report  today from the children’s commissioner Anne Longfield  shows that many pupils who are home educated are off-rolled.  The report comes as a Channel 4 Dispatches documentary “Skipping School: Britain’s Invisible Kids”, presented by Longfield, airs tonight, Monday. Council children services chiefs believe there are many more likely to be “hidden from sight”. Home education occur for a number of reasons including bullying in schools, inadequate academic standards in a school or a perception of inadequate standard, the new higher standard of education in Britain, and preference of parents. The standard of education in primary and secondary schools in the last couple of years has risen dramatically, but even more in the last year.

The rise in education has been strategically boosted to make the standard of primary and secondary education in Britain one of the best in the world, just like our best Universities rank among the world best.  Britain has long been behind countries like Singapore, China, Finland, and even some parts of India when it comes to the standard of education taught and that achieved by students in state education when compared with students in those countries not in private education. Britain’s private school education is competitive when assessed using the best of private schools in the uk. Some private schools in the Uk have been closed down and deemed inadequate by Ofsted for failing to meet the standards expected of a private school education.

Today’s report reveals that almost 60,000 children in England being home educated at any one time in 2018.According to data from 11 councils, academies had 2.8 elective home education referrals per 1,000 children last year, compared to 2.4 for LA-run schools.

However, between 2015-2016 to 2017-18, the number of children moving from academies rose by 43 per cent, compared to 58 per cent in council schools (across nine councils that had the data for all years).

Sats, G.C.S.E, and A level exams have all gone up in standard in a bid to force schools and parents to strive harder for higher standards of education. Many parents are not confident in the ability of some schools to give their child the best level of preparation they need to meet the higher standards, and prefer to take up the responsibility, either privately, or through a tutor. Many primary and secondary schools in Britain have been under pressure to get their pupils to produce the results, but some students have been left too long in weak standards, making their foundation too weak for the necessary jump in standards required by the new higher level.  The best schools have committed teachers who work hard with the students and involve parents in their overall vision for their students.

However, not all schools are one of the best, and many schools in the best category of academic standards may not meet the individual needs of particular children. Private schools which like grammar schools generally have higher standards of education than most state schools, also produce drop outs who simply can’t cope with the standard of teaching or material. These days, there are a number of academies and state schools that have raised their standards close to grammar school or private school standards, but research shows that many pupils can’t meet those standards. Lack of motivation, dedication, and mental health issues provide some of the many reasons pupils are left struggling to meet academic standards in schools.

Having a strong and ambitious headteacher is very helpful in determining how to influence and encourage students to work to the desired level necessary to succeed. Unfortunately, some very good schools are not suitable for some children, if the particular child needs particular attention to meet their needs. A good tutor would normally come in to ensure good learning, but some educated parents will believe they can do better than tutors, and some can.

Bullying and bad behaviour of pupils is another reason many parents will choose to home educate their children. Many schools still struggle to discipline their pupils well. Good training begin at home, but many homes lack the discipline and standards to raise well behaved children. Parents with drug or alcohol problem, for example, have very little in the way of high moral standards to offer their highly neglected and potentially troubled children. Well behaved  and ambitious children have been known to come from some troubled families, but majority of troubled homes produce troubled children, who can be a pain and disruption to other children. Some parents realise this, and pull their children out of such school environments.

The problem with home education, is how to confirm that every child in receipt of home education is being properly educated to a standard that competes with or beats what is provided with at their school. Distinguishing those who are being home educated from those who are simply skipping classes is another problem. Unless a regulatory system that monitors the claimed education the child is going through is in place, many children may be rotting away in private and using home education as their excuse for skipping school and becoming a future liability to society.

Longfield is now calling for a compulsory register of “off the grid” children, stronger measures to tackle off-rolling, more support for families who home educate and decisive action against unregistered schools.

Later this year, the children’s commissioner’s office will also collect data from all councils in England and publish it, school by school, identifying which have high numbers of children being withdrawn into home education.

“Our investigations have revealed thousands of children are ‘off the grid’ because they are being home schooled,” Longfield said.

“The numbers are rocketing and no-one knows how they are doing academically or even if they’re safe. Many are being off-rolled.

“We need to know who these children are, where they are, whether they are safe and if they are getting the education they need to succeed in life.”