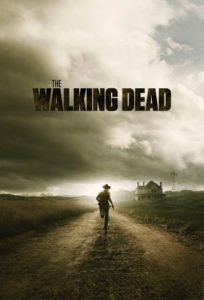 An American horror drama television series, the walking dead  is back for its seventh series tonight,Sunday October 24th. The popular television series developed by Frank Darabont, is based on the comic book series by Robert Kirkman.

Featuring a series of murders, survivors, and sinister plots to prevent survival, walking dead is a series that captures the curiosity and imagination of its viewers. It takes the mind to its deepest point, as violence leads to murder in some scenes, whilst other scenes reveal the survival instincts of those who overcome the odds to escape an otherwise disturbing fate.

Much of the series takes place within the Atlanta metro area and surrounding countryside, the setting later shifting to other parts of America.
Premiered in the United States in 2010,the series has grown in its appeal over the past 7 years. Its incredibly high ratings on Fox International Channel has repeatedly called for the series to be renewed each year.
Attracting a wide range of viewers from late teenagers to middle-aged adults, the series is already set to be renewed for the 8th time in 2017. It’s intriguing segments for die hard fans includes both speculation and apprehension about its next victims, and which characters will be spared in this never ending saga of drama and impulsive acts of horror embodying the central aspects of its appeal. Packed with action, the sort that thrills horror lovers, the new series promises plenty of suspense as usual.

Fans of The walking dead

Walking dead fans have been waiting for ages to discover who Negan killed with his “barbed bat of death”
The episode’s title, “The Day Will Come When You Won’t Be,” reflects the season 1 final in which Dr. Jenner told Rick he might regret the day when Jenner let the group out of the Center for Disease Control.Millions are looking forward to  who  was the victim of Negan’s merciless wrath, with endless guesses unlikely to bring them closer to the truth until they view the new series tonight. Commentators and critics will be watching closely too in suspense.

Concept of The Walking Dead 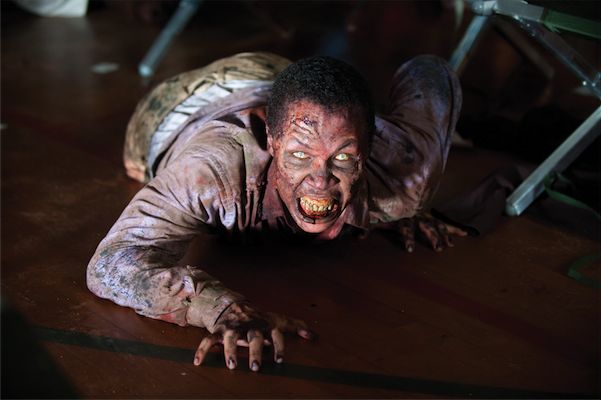 The concept of walking dead literally expresses living human beings who might as well be dead since the only barrier between them and an untimely demise is the element of time. Time that comprises a series of heart gripping scenes designed for the intrigued mind that clamours for this type of sadistic episodes that strikes the deepest part of our emotions and curiosity.

A never ending episode that features hand to hand combat with zombies, who rise from the dead and turn others into zombie’s over a short time once they are bitten. Would be victims fight for their survival, there is plenty of gore to go round in this epic horror series. The survival of the characters depends on the quality of their team- work, as the necessity for them to keep watch over each other is most crucial.
The characters of the series are always on edge as the zombies are drawn to noises and travel in swarms. Characters attempting to evade capture most operate discretely, avoiding noise in order to stay safe.
The series sets a setting that has no system of legitimate governance like the existence the law enforcement systems we readily take for granted in modern societies of today’s real world.
Spread the news
1
1
Share