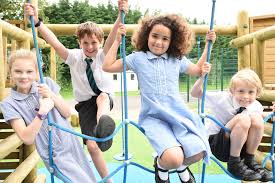 Most parents who  were totally weak academically and not serious in school rarely encourage their primary school children to read because they never built an appetite for reading and may even be less literate than their young children.

Educated parents are more likely to go through sections of a book with their children and confirm their effective learning. 26% of a sample of 200 children aged between  8 and 10 years of age with parent’s who had excelled beyond G.C.S.E’s said their parents read a book with them or supervised their reading- a disappointingly small fraction of the whole.

Researchers also surveyed 100 adults between the ages of 18 and 28 who had uneducated parents who neither finished school nor took up any form of education in later life. Only 4 of the 100 said their parents had done any reading with them when they were in primary school. All 4 of them confirmed they attended schools that actively encouraged parents to read with their children and make sure they understand what they are reading.

The research also shows that the relationship between parents and their children can be an influential factor. Parents who are more relaxed and less agitated with their children were more likely to raise children who are calm and receptive to their parents guidance.

Parents who read with their children when asked had some similar experiences. A high percentage of those parents attending stimulating primary and secondary schools as children themselves, and transferred the enthusiasm to their children. Others were responding to positive guidelines from the schools their children attend.

The research about primary school children was obtained from collaboration with parents and tutor groups, whilst that obtained from University students wads obtained from a survey conducted from Loughborough University. Their findings so far suggests that more parents  need to value the importance of reading with their young children, to improve their learning and make sure they understand what they are reading. More schools will also be advised to encourage parents to read with their children and not rely on the training provided by schools and private tutors.

Broader research in these and other aspects are to be conducted