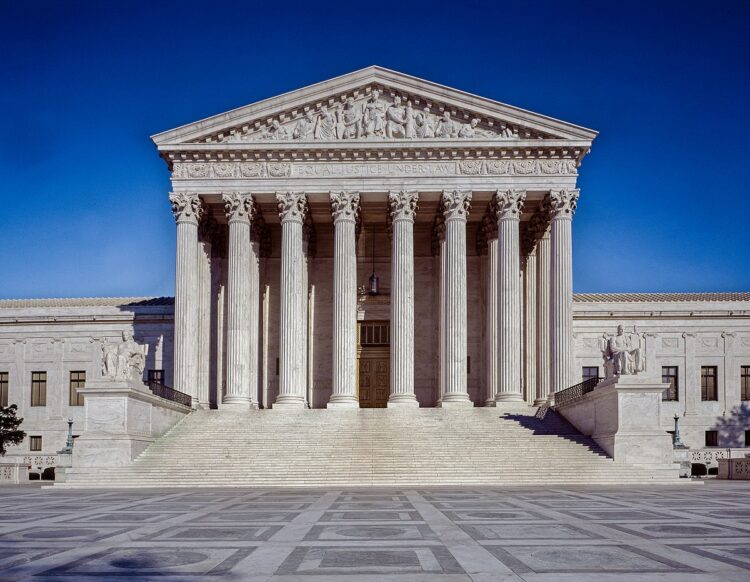 The U.S. Supreme Court has struck down the Biden administration’s vaccine-or-test rule Thursday, declaring that the Occupational Safety and Health Administration had exceeded its authority.

The court upheld a regulation issued by the Centers for Medicare and Medicaid Services that mandates vaccines for almost all employees at hospitals, nursing homes and other health care providers that receive federal funds.

The vote to invalidate the vaccine-or-test regulation was 6 to 3, along ideological lines.

“Although Congress has indisputably given OSHA the power to regulate occupational dangers, it has not given that agency the power to regulate public health more broadly,” the majority said in an unsigned opinion. “Requiring the vaccination of 84 million Americans, selected simply because they work for employers with more than 100 employees, certainly falls in the latter category.”

Justices Stephen Breyer, Sonia Sotomayor and Elena Kagan, the court’s three liberals, dissented. In an opinion written by Breyer, they said the conservative majority “seriously misapplies the applicable legal standards. And in so doing, it stymies the Federal Government’s ability to counter the unparalleled threat that COVID–19 poses to our Nation’s workers.”

The regulation struck down by the court would have applied to some 84 million private sector employees and would have required all businesses with 100 or more workers to either be vaccinated, with the federal government footing the bill, or be tested weekly.

The situation has been serious enough to prompt some governors to call out the National Guard to help, even as governors in some other, Republican-dominated states have made vaccine mandates illegal.

In a statement, President Biden said he was “disappointed that the Supreme Court has chosen to block common-sense life-saving requirements for employees at large businesses that were grounded squarely in both science and the law.”

In stark contrast to the decision in the OSHA case, the court voted 5 to 4 in the CMS case to uphold mandatory vaccinations for Medicare and Medicaid providers. The court’s three liberals were joined by Chief Justice John Roberts and Justice Brett Kavanaugh.

The court said that the vaccine mandate for health care workers was, unlike the OSHA regulation, justified as just the kind of detailed regulations that the Centers for Medicare and Medicaid Services has long imposed as a condition for health care providers getting federal funds.

In addition, the court said the regulation serves to protect patients from being exposed to greater risks when they are in hospitals, nursing homes, rehabilitation facilities, ambulatory surgical care centers and other such medical providers.

“The rule thus fits neatly within the language of the statute. After all, ensuring that providers take steps to avoid transmitting a dangerous virus to their patients is consistent with the fundamental principle of the medical profession: first, do no harm,” the court wrote in a separate the unsigned opinion. “It would be the very opposite … for a facility that is supposed to make people well to make them sick with COVID–19,” the majority said, noting that in many facilities without a vaccine mandate, “35 per cent or more of staff remain unvaccinated.”

“These cases are not about the efficacy or importance of COVID–19 vaccines. They are only about whether CMS has the statutory authority to force healthcare workers, by coercing their employers, to undergo a medical procedure they do not want and cannot undo,” Thomas wrote in his dissent.