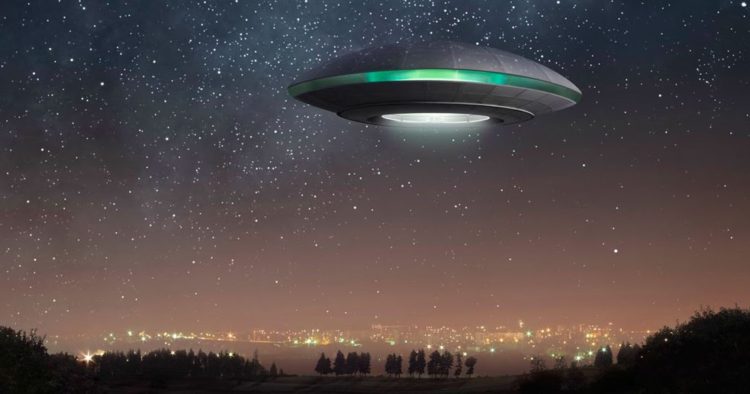 Sen. Marco Rubio said the US should take the “threat” of UFOs “seriously” in an interview aired Sunday.

The Florida Republican’s spoke to CBS’ “60 Minutes”  ahead of a government report on UFO sightings that is set to be released before the end of June.

The senator’s comments are likely to fuel the interest in the Ufo report to be released next month.

“Anything that enters an airspace that’s not supposed to be there is a threat,” he told the program.

“Maybe it has a very simple answer. Maybe it doesn’t.”

As acting Senate Intelligence Committee chair in December, Rubio has asked for an unclassified copy of the report to be presented to Congress.

Rubio told host Bill Whitaker that there is a “stigma” among some on Capitol Hill when it comes to UFOs, also known as unidentified aerial phenomena (UAP).

“I mean, some of my colleagues are very interested in this topic and some kinda, you know, giggle when you bring it up,” he said. “But I don’t think we can allow the stigma to keep us from having an answer to a very fundamental question. ”

Former Navy Lt. Ryan Graves told “60 Minutes” that he and other members of his squadron spotted UAPs hovering over restricted airspace southeast of Virginia Beach “every day for a couple of years” beginning in 2014.

Graves said that the unidentified vessels — like ones seen in a Pentagon-confirmed US Navy video near San Diego — are a security threat.

“I am worried, frankly. … if these were tactical jets from another country that were hanging out up there, it would be a massive issue,” Graves said.

“But because it looks slightly different, we’re not willing to actually look at the problem in the face. We’re happy to just ignore the fact that these are out there, watching us every day.”

The controversial whistleblower, Luis “Lue” Elizondo, said that sometimes there were “simple explanations” for the sightings — and others that were “problematic.”

In an interview with The Post last month, Elizondo said he believes the feds covered up the existence of UAPs, which he described as a serious national security risk.

He welcomed the release of the government’s report on the phenomena.

“The level of interest is reaching a critical mass,” Elizondo told The Post. “I think [government officials realize that] it would be like putting the cat back in the bag or like putting toothpaste back in the tube. Now that the government has acknowledged the reality of Unexplained Aerial Phenomenon [or UAP, which is synonymous with UFO] … it’s going to be real hard to backtrack.”

Ufos are believed by experts to be an expression of  extra-terrestrial life from the other dimension, expressed through a phenomenal technology that sees objects unaccounted for under normal circumstances, move quicker than the speed of light.

Their purpose in visiting this dimension has long been the subject of discussion and debate.

Among the odd characteristics of Ufos, they have been said to have abducted a number of human beings who just disappeared from the face of the earth.