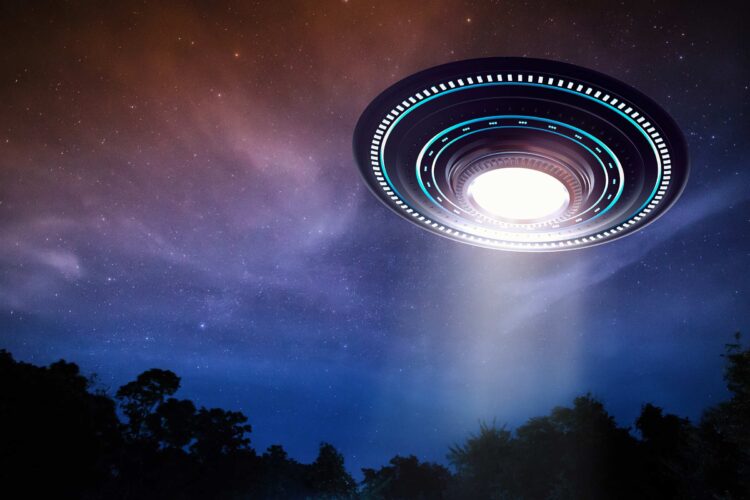 U.S Intelligence Agencies Have 180 Days To Share all the knowledge they have about  UFOs

The Pentagon released three previously classified videos of unidentified aerial phenomena, ‘in order to clear up any misconceptions by the public on whether or not the footage that has been circulating was real.

The large spending bill, signed by Donald Trump on December 27 was accompanied with the condition that full information be gathered about Ufos. Outlined in the ‘committee comment’ section of the bill’s Intelligence Authorization Act for Fiscal Year 2021, the director of National Intelligence and the secretary of defense were tasked with the assignment of  gathering resources on UFOs to inform Congress.

The report is expected to include data gathered by the Office of Naval Intelligence, the Unidentified Aerial Phenomena Task Force and the FBI.

As well as highlighting any national security threats and if any other countries could be responsible, it should also describe ‘an interagency process for ensuring timely data collection and centralised analysis of all unidentified aerial phenomena reporting for the Federal Government’, with an official appointed to be responsible.

The report is also expected to be ‘submitted in unclassified form, but may include a classified annex’, as per the act. Ufo spotted flying in the air.       Image: Department Of Defense

Ufos have fascinating a large section of the British public for decades, but has received greater media attention in the last decade. Their existence has been debated in many circles, but is beyond dispute among well informed journalists and analysts who have studied the phenomenon of extra terrestrials for years.

They are known to have obstructed air flights, deactivated  nuclear weapons,  and gathered around the scene of air crashes. The purpose and full capabilities in the universe is not fully understood,

Following the release of the footage last year, with the ‘Gimbal’ video drawing particularly attention, Nevada Senator Harry Reid tweeted: ‘I’m glad the Pentagon is finally releasing this footage, but it only scratches the surface of research and materials available.’

He added: ‘The US needs to take a serious, scientific look at this and any potential national security implications. The American people deserve to be informed.’’

CNN reported that Members of Congress and Pentagon officials have long been concerned about the appearance of the unidentified aircraft that have flown over US military bases. The Senate Intelligence Committee voted last June to have the Pentagon and intelligence community provide a public analysis of the encounters.

The Pentagon previously studied recordings of such incidents as part of a since-shuttered classified program launched at the behest of former Sen. Harry Reid in 2007 , which ended in 2012, due to funding priorities.

Contention about the true identity of  unidentified aircraft has always called for certainty.  Some Unidentified Flying Object(Ufo) have been described as “Unmanned Aerial Systems (UAS),” the Pentagon’s official name for drone aircraft.

One  incident from June 27, 2013, said the encountered “aircraft was white in color and approximately the size and shape of a drone or missile,” according to the report.

The  difficulty with some of those reports was the confusion that arose that even when the unidentified flying objects are assessed to be drones .The new problem was that the military was unable to identify who was operating the drone, presenting a major safety and security challenge to the Navy jets training in the area which are restricted military training airspace ranges off the east coast of Virginia.

“Post flight, the controlling agency contacted numerous local UAS operators, but none claimed knowledge of” the unidentified aircraft, the November report said.
“I feel it may only be a matter of time before one of our F/A-18 aircraft has a mid-air collision with an unidentified UAS,” one of the authors of a report warned.