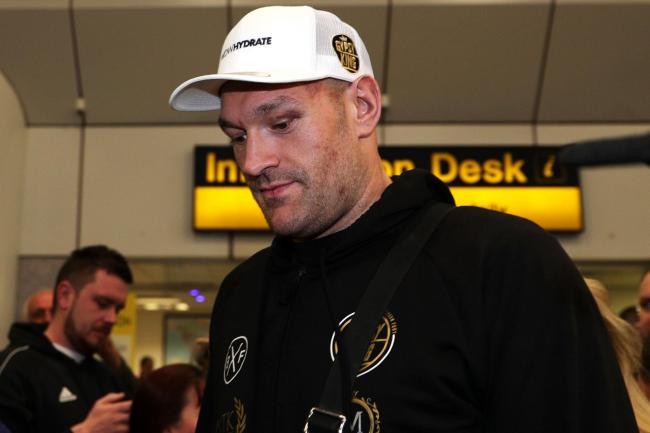 The last time the giant heavyweights mate in February 2020, Fury stopped the American in 7 rounds.

However, Wilder has remained adamant that Fury cheated against him- a view many boxing commentators consider to be a preposterous claim.

Wilder will have it all to prove on Saturday, but the gypsy king is promising to deliver another brutal stoppage.

Both Fury and Wilder promised reporters outside the T-Mobile Arena, that they will pit on a performance for the fans to remember.

The British star has vowed to produce another brutal victory after stopping Wilder in the seventh round of their rematch to claim the WBC belt in February last year.

it’s going to be exciting,” said Fury. “Wilder is a dynamite puncher and as we’ve seen over the last few months, we’ve seen the heavyweight landscape change so much. But I’m still on form, doing what I’ve got to do.

“I’m going to knock him spark out on Saturday night and I cannot wait, to get him in that ring and give him a good hiding, for sure, Fury said.
“I might even take it slow with him. I might take it slow and punish him. Make him say, ‘No mas.'”

No matter what Deontay Wilder does I’m still going to knock him the f*** out. In quick time, quick fashion,’ Fury told the media.

‘Every time he looks in the mirror he sees Tyson Fury. Every time he goes to bed, before he closes his eyes, he sees the Gypsy King.

The ring action will happen on Saturday night in the UK with the fight beginning in the early hours of Sunday morning, with the coverage on BT Sport Box Office.

Deontay Wilder claims he is feeling ‘rejuvenated’ ahead of his duel with Tyson Fury.

Meanwhile, it has emerged that Deontay Wilder’s ring walk costume for his megabucks clash with Tyson Fury is rumoured to be ‘significantly lighter’ than his previous outfit in their last fight, after the American claimed it had contributed to his defeat.

Designers Cosmo and Donato have worked on giving Wilder a spectacular new look.

Wilder, on the other hand is hoping to reverse the misfortunes that saw him lose his WBC belt. Under new trainer and former heavyweight prospect, Malik Scott, the Bronze bomber has been practising new tricks which he intends to use to set Fury up for a devastating knock out.

He said: I feel great, I feel amazing,” said Wilder.

“Saturday night is going to be a special night. I think the fans are in for a treat, as they always are when the ‘Bronze Bomber’ steps in the ring.”

There’s many things that I visualised in the first fight, along with the second, and I didn’t execute the game-plan.

“But this time around it’s just a different feeling. All the way around. The atmosphere. The energy as a whole.

“I’m looking forward to putting on a great performance, come October 9, and those that’s going to be in the arena are going to feel the electricity that’s in there.”