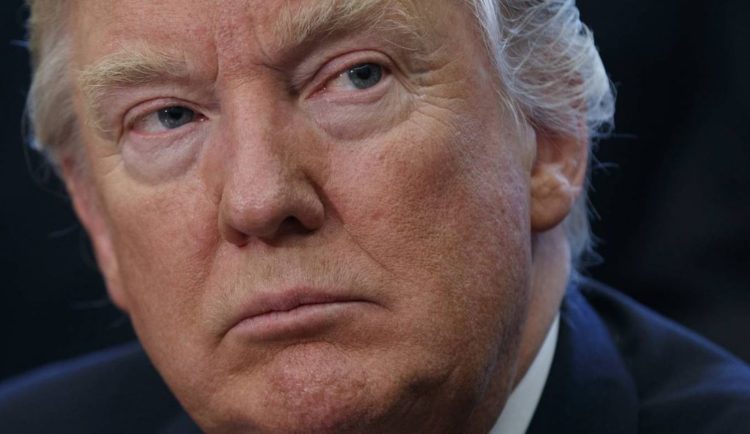 Donald Trump has vowed to deploy the U.S military to address the civil unrest , as he put protesters on warning in view of the violent protests that has spiralled out of control and involved looting and criminal behaviour.

America has been coming to terms with the wide ranging protests that has resulted from the brutal killing of an unarmed black man, George Floyd, who was accused of using a counterfeit $20 note at a grocery shop in Minnesota.

Tear gas, rubber bullets and flash bangs were used to chase away angry protesters gathered a stone’s throw away from the White House .

Speaking from the White House Rose Garden on Monday, Donald Trump said: “I am your president of law and order,” Trump said. “I am mobilising all available federal resources, civilian and military, to stop the rioting and looting, to end the destruction and arson and to protect the rights of law-abiding Americans, including your second amendment rights.”

Two people  were killed in  violent protests  in the the Chicago suburb of Cicero.Curfews have been put in place in several cities including Newyork and  Philadelphia.

Trump stressed his determination to see the unrest gripping several cities brought to an end . He  said:

“Today, I have strongly recommended to every governor to deploy the national guard in sufficient numbers that we dominate the streets,” he said. “Mayors and governors must establish an overwhelming presence until the violence is quelled.

“If a city or state refuses to take the actions necessary to defend the life and property of their residents, then I will deploy the United States military and quickly solve the problem for them.”

The president added: “I am also taking swift and decisive action to protect our capital, Washington DC … As we speak, I am dispatching thousands and thousands of heavily armed soldiers, military personnel and law enforcement officers to stop the rioting, looting, vandalism, assaults and wanton destruction of property. We are putting everybody on warning.”

“You have to arrest people and you have to try people. And they have to go to jail for long periods of time,” the president said.

“If people are running amok, you have to dominate. If you aren’t dominating, you’re wasting your time,” he said. “They’re going to run over you, you’re going to look like a bunch of jerks.”

“It’s a movement, if you don’t put it down it will get worse and worse,” Trump said. “The only time it’s successful is when you’re weak and most of you are weak.”

“If a city or state refuses to take the actions that are necessary to defend the life and property of their residents, then I will deploy the United States military and quickly solve the problem for them,” he said.

In Michigan, where police and protesters have skirmished in Grand Rapids despite many demonstrations remaining peaceful, Gov. Gretchen Whitmer, a Democrat, called the president’s remarks “dangerous” and said they should be “gravely concerning to all Americans.”

The president’s comments, she said, “send a clear signal that this administration is determined to sow the seeds of hatred and division, which I fear will only lead to more violence and destruction.”

“We must reject this way of thinking. This is a moment that calls for empathy, humanity, and unity,” Whitmer said in a statement. “This is one of the most challenging periods in our nation’s history, but as Americans, we must remember our enemy is racial injustice, not one another.”