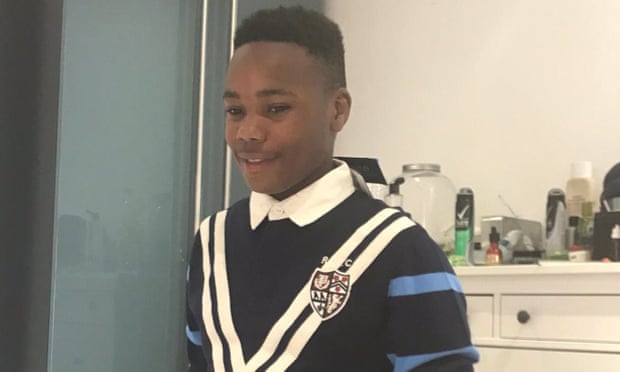 A teenager  has been convicted of murdering a child as part of a drugs feud. Ayoub Majdouline, 19, was found guilty of murdering Jaden Moodie, 14, who was knocked off his moped and set upon by four youths who stabbed him nine times. The stabbing lasted seven seconds, damaged bone and punctured Jaden’s lung and liver.

Jaden was killed  in the middle of the road in Leyton, East London in January 2019.  Four other youths who were in the car have not been identified and Majdouline refused to name them. It would be considered snitching in street culture. The court heard that the teenage tearaway who was acting on behalf of a Walthamstow gang known as the Mali boys had been abused by his stepfather when he was younger.

Raised in Nottingham, he was known to both social services and the police, and was moved to London to give a clean break and a fresh start. Instead, he would kill and be sent down for murder. He was described as a ”modern slave”. He told police that selling drugs assisted him in being able to buy weed.

Cops were alerted to the involvement of Jaden when in November 2018  they came across a video on Snapchat of Jaden with an imitation firearm with the wording: “looool don’t fuck wid us please were here again.” He pleaded guilty to possession of the imitation firearm.

He had been removed from his mother’s care because his stepfather abused him. Majdouline was abused in his next home and later went missing after being placed in various foster care placements there were six documented warnings to the authorities of his involvement in drugs, violence and gangs from the age of at least 13.

Majdouline who lived in Wembley, north-west London  told the court he went back to drug dealing in 2018 after he failed to get benefits because it was “ the only way he knew how to make money”.  Jurors  heard that Madjoudline  had been dealing drugs in London for a gang called the Beaumont Crew, also known as Let’s get rich and was likely to have been doing so on the evening he was attacked,  Majdouline was acting for a rival drugs gang, the Mali Boys.

The prosecutor Oliver Glasgow QC told the jury: “This defendant was part of an armed group that went looking for a rival and, once they found him, the group chased down their target, the group produced their weapons and the group butchered him.”

CCTV
Jaden was riding a moped when CCTV captured a stolen black Mercedes ramming into him head on. As Jaden fell to the floor, one person stayed in the car, while four rushed out, armed with three knives, their faces covered.

Glasgow said: “Three of the males who got out of the Mercedes ran up to Jaden Moodie, who was lying defenceless and seriously injured on the ground  The three males embarked upon a violent and frenzied attack, repeatedly stabbing him with knives that they must have armed themselves with for the purpose of attacking him.”

Majdouline was caught when yellow rubber gloves used in the crime were recovered by police and DNA tied them to Majdouline and the murder scene. His worried  mother alerted the authorities of her concerns that she and her family received threats from gang members who came to the family’s Nottingham home looking for Jaden.

The NCA was concerned Majdouline was “being groomed by more sophisticated adult offenders”, according to a document produced for the trial containing facts agreed by the prosecution and defence.

One of the agreed facts was that he had been removed from his mother’s care because his stepfather abused him. Majdouline was abused in his next home and later went missing after being placed in various foster care placements.