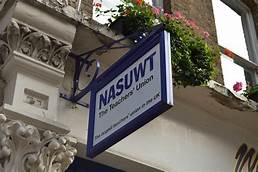 The problem of teacher mental health is to be debated at next week’s Trades Union Congress (TUC) in Manchester.
The TUC will consider warnings of a direct link between the mental health and wellbeing of teachers and that of their pupils, and fears that the long-term consequences could be “catastrophic” for the country.

A NASUWT motion about mental health is to be put before TUC member unions on Monday.  The debate to take place in Manchester tomorrow(Tuesday) after being presented to the unions today is centred on deep concerns about the mental health and well beings of teachers and pupils in the Uk. The Trade Union Congress  is “deeply concerned” by evidence from NASUWT’s Annual Big Question survey carried out earlier this year that  almost two-thirds of teachers say their job has adversely affected their mental health in the past 12 months.

The motion states: “Congress believes that the current environment in schools is now toxic for the majority of teachers and that this has been exacerbated by recent government reforms to education, by the impact of increasing levels of poverty upon pupils, and by the government’s negative attitude towards workers’ rights and health and safety.
“Congress is further concerned about mounting signs of mental health and wellbeing issues for pupils in schools. Congress believes that there is a direct link between the mental health and wellbeing of teachers and that of their pupils. Congress believes that the long-term consequences of these problems could be catastrophic upon the country as a whole.”

A member of the Union anonymously told The Eye Of Media.Com that the issue of mental health among pupils and teachers is serious, and ”goes beyond the elements mentioned in the motion.” The female member said: ”Mental health has long been a problem in schools and is caused by discontent among teachers about working rights, pay rates,  uncontrollable bad behaviour of pupils, as well as nuisance parents. There is also some scepticism about whether the Uk government will actually deliver on its promise of a £7bn budget. There are a number of issues that require urgent government intervention.”

Teacher and pupil stress has long been an issue in Uk schools. Research shows that some pupil stress has been related to external issues including low self esteem, domestic violence at home, and sexual abuse. In some cases, pupils have been known to indulge in self harming, with a number of pupils slashing their wrists.  However, overall standards in many primary and secondary schools have risen notably in the last few years, with pupils and teachers going the extra mile to work very hard to meet higher expectations.