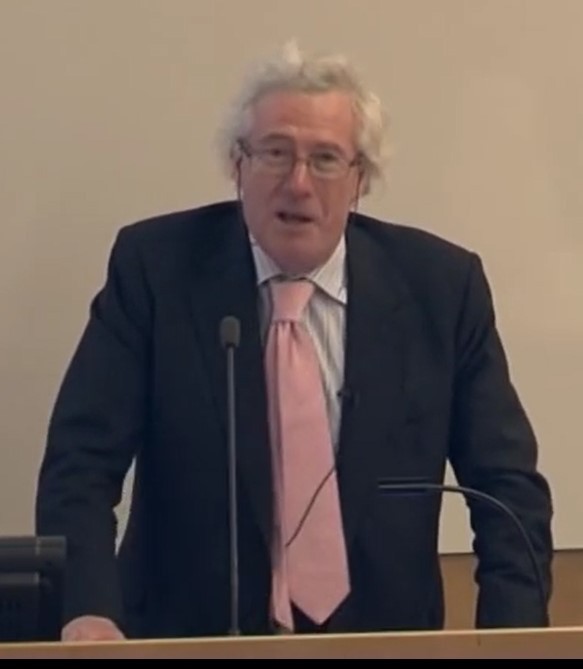 Former Supreme Judge, Lord Jonathan Sumption, has shockingly told The Eye Of Media.Com that ”……the preservation of human life is not an absolute value.

‘I would not regard liberty as an absolute value either, but I think that it is a factor of the greatest possible weight, and that peoples’ livelihoods (plain English for ‘economic factors’) are not far behind it in importance. One can argue about whether Covid-19 is a sufficiently serious threat to justify the indiscriminate measures currently in place. My own view is that it is not”.

Lord Sumption’s view is based on the fact that most of those who have died from Covid-19 are in the high risk age bracket and suffered with underlying issues. We have no duty to save people in those groups from dying, unless you can prove each individual is contributing to their death, according to Lord Sumption.

The 71 year old judge who has presided over many high profile cases, including the Hutton Inquiry , the UK Government’s behalf and in the Three Rivers case, is well learned in his field. His intellectual acumen is without dispute.

As a barrister, he represented  Stephen Byers and the UK Department for Transport in the Railtrack private shareholders’ action against the British Government in 2005.

A historian, and writer of several legal journals, Lord Sumption has chosen to lead the campaign in indicating from the outset that it is a matter of opinion how individuals apply the regulations personally. He would argue that Boris Johnson’s senior adviser, Dominic Cummings, did not break any law, but breached government advice only.

Government guidance exists to direct people on their conduct in a time of national crises, but Lord Sumption says says they are just advice.

A highly opinionated individual, Lord Sumption espouses the view that causation is a necessary prerequisite to the imposition of prohibitive measures on individual liberties. He continues to advocate the continuity of normal everyday activities irrespective of the consequences.

The former Supreme Court judge has had his fair share of criticising the UK lockdown, seeing it as his duty to highlight the law on the lockdown, though his assertion that the lockdown has no legal force is contentious.

Notwithstanding, Sumption asserts there is no legal duty on the collective public to prevent the deaths of others caused by a virus unintentionally spread.

The outspoken former judge who insists that members of the British public should be able to decide what risks they take with their lives, cites the Public Act 1984 as the statutory instrument under which the power of the regulations were premised.

” They are different. The Guidelines are government statements made under no legal powers. The regulations are statutory instruments made under powers contained in the Public Health Act, he says.

”it authorises orders to be made (by a JP) against specific individuals on the ground that those individuals( are or may be) infected. They have to be satisfied that this is so. There must; therefore, be some characteristic of those individuals which justifies that conclusion in their particular case. Evidence relating to that person would be required.

The fact that we do not know is not evidence. An order cannot under this provision be justified on the ground that there is a theoretical possibility that just about anybody is infected”. Lord Sumption was an eminent barrister before he became a Supreme Court in 2012 judge  Image: www.gkj.legal

Lord Sumption has a point when he speaks of the importance of evidence in justifying that an individual is infectious before restricting his or her freedom.  The Public Health Act 1984 enacted nearly four decades ago, does not appear suitable for an emergency crisis of the nature of Covid-19, but Sumption says the government was wrong to act outside the provisions made in the Act.

The former veteran judge refuses to engage on the ramifications of leaving the public to pursue their activities unhinged. ”I would be sorry if truth turned out to be the next victim of the current crises, he says”.

Sumption is well known for his role as a barrister in many legal cases,  including appearances in the Hutton Inquiry on the UK Government’s behalf and in the Three Rivers case, has taken a very controversial position in this lockdown. His contribution to the debate is very controversial, and must have already played it’s role in undermining the lockdown. Rightfully so he would argue.

Yet, if the context of causation for the purposes of evaluating the purpose of the lockdown, the individual forms part of the collective whole in terms of the likelihood of their external effect on others.

The critical issue here is whether there is reliable evidence that collective individuals as a whole will spread a deadly virus like Covid-19, and that temporary restrictions will drastically reduce the spread. If the answer is yes, it becomes difficult to see how Lord Sumption or any prior statute can justify a rigid approach to an extraordinary situation.

Lord Sumption may be proceeding on a slight misapprehension if he fails to consider the collective danger posed by unknown individuals who are infected, or who would become infected in the absence of necessary restrictions to their liberty.This is a question of fact, not speculation.

Once it is demonstrable that ordinary individuals who do not have the virus, would collectively contract the virus and spread it, group causation is evidenced. In other words, provided the existence and natural characteristics of a killer virus that spreads(in this case Covid-19) is a certainty, good foresight of consequence would justify a measured restriction of individual liberty to prevent mass and uncontrollable death.

Conventional freedoms under the Human Rights Act 1998 affords every citizen the right to move freely,  without interference unless they ahve committed a crime.

As important as conventional freedoms are, there are further circumstances in which Human Right Laws permits the restriction of fundamental freedoms. Restrictive measures can be placed against individual freedoms where it is legitimate to do so, according to a legal analyst who spoke to The Eye Of Media on the condition of anonymity .

”There are times when the normal fundamental civil liberties of citizens can be legitimately restricted, he said. They include situations of national security, national health, the protection of the rights of others , certain kinds of public and private interest which s provide states with defences against interferences with certain rights.

Also, Article 15 enables all but the absolute rights in the Convention to be suspended in “time of war or other public emergency threatening the life of the nation” provided this is “strictly required by the exigencies of the situation”

These provisions appear to validate the lockdown, although questions remains as to why the Public Act 1984 was not amended if it was to form the basis of the regulations underpinning the lockdown.

One possibility is that the rarely united MPs may have objected to an amendment that could have adverse future implications, forcing the government to give a broad interpretation to the spirit of the Act in curtailing national freedoms to control the spread of a virus, Boris Johnson’s government was told would kill millions if the lockdown was not imposed.

Intuitively, it would be an affront to society if we could justify setting aside the collective interest in saving one another on the basis of individual rights.

Especially if the individuals claiming the rights would inadvertently infringe on the rights of others if left unregulated.Surely, this is a question of cause and effect. Besides, where a virus is spreading uncontrollably, we are also protecting ourselves, if it is true that even the healthiest of us can be flawed with the virus.

This latter point remains in dispute, until we have facts that all those with no underlying issues had no other pre-existing factors that weakened their immune system. The category of people deemed to have no underlying issues have fallen under those with no known diagnosed illness belonging to certain family of diseases, but their are other conditions that can weaken one’s resistance of a virus like Covid-19.

Law is vast with several nuances underlying many statutory provisions. It would appear the spirit of the law on whether a lockdown is legal is if it is necessary and proportionate.

If it is, the law would have to be interpreted in a manner that gives credence to such a conclusion.Individual liberty has always been paramount in all jurisdictions, but there are times when our liberty can legitimately be restricted.

Last week, business entrepreneur, Simon Dolan lodged a High Court case against the lockdown. The case could test the boundaries of lockdowns. If they are right, then  it would put things into more complex perspective. 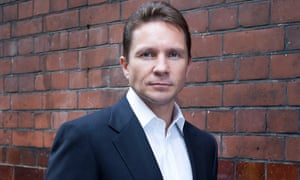 The imposed duty of the public to exercise restraint and stay at home when the lockdown was in full blast, was on the assumption that individuals viewed collectively, would spread a deadly virus that would cause a phenomenal number of deaths, such that the Nhs wouldn’t be able to cope with the pressure.

Lord Sumption knows that law cannot always be viewed in a vacuum without regard for its overarching ramifications. It must be holistic and logically defensible in all circumstances. He admits that British courts will likely rule in favour of the lockdown ”because the lockdown is popular”, but adds ”it would be difficult to justify in law”.

The interpretation of legal principles is sometimes subjective, but former Supreme Court judge’s are expected to be the master of them all. Expertise and experience are bedfellows, but even the best in their field is fallible. That’s why judges sometimes disagree with one another. I suspect Lord Sumption knows there are many other judges who won’t share his views on the lockdown.

Indeed, other consideration like people’s livelihoods and the economy are paramount, and are, in principle catered for by the balancing exercises embedded in the notion of proportionality.

Having strong convictions is important, but it becomes bothersome where those conditions  undermine government guidelines so much by expressing a willingness to expose his self deliberately to the risk of being infected or infecting others.

Unless Sumption is prepared to totally discredit  what we know about the coronavirus and its severity, his words smacks of irresponsibility.

The outspoken judge who has presided over numerous high profile cases risks being perceived to be unwittingly inciting a rebellion because of the brazen manner in which he expresses his views.