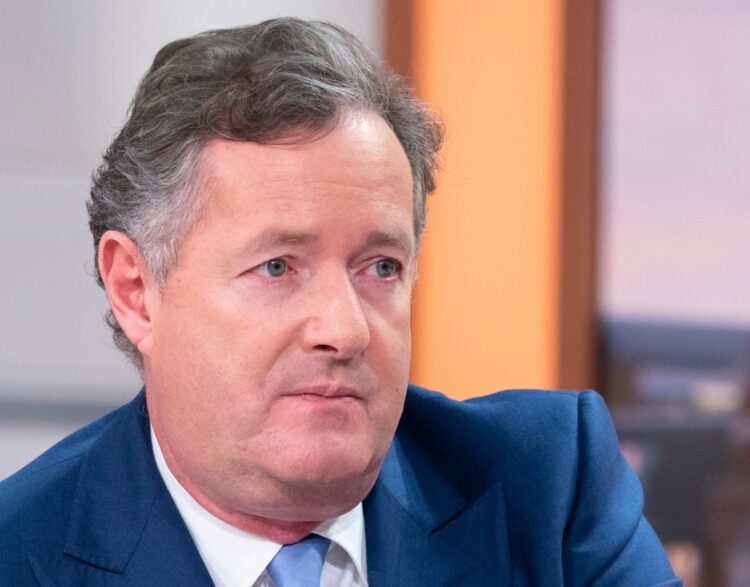 Piers Morgan is being bullish with the British government in his handling of  the Cummings row.

Morgan today  returned to his popular UK television programme, Good Morning Britain (GMB), after a week’s half-term break . Many of his fans and critics were  waiting to hear him.

The 53 year old combative presenter, had already promised his  twitter followers that he would overstep the mark after it the BBC themselves ruled that BBC 2 Newsnight presenter, Emily Maitilis had stepped over the mark in her condemnation of the British government in the Cumming’s row during the opening of her presentation last week. The message being that he can get away with anything.

Morgan was clearly determined to show that no boundaries could be set for him when he commented that his bosses were ”made of tougher stuff”.

Morgan’s threat last week to break the lockdown if the Prime Minister failed to sack Dominic Cummings was unhelpful to the reality of the issues surrounding the lockdown.

The outspoken former Daily Mirror editor  was adding to the chorus of voices that have criticised Cummings for driving to Durham to meet his parents during the lockdown. In doing that, he is influencing larger members of the public to break the lockdown, despite many numbers who are already doing so, and not observing social distancing.

It isn’t rocket science that even if Cumming’s did break the lockdown, that does not give other’s the license to copy him. The police has already described Cumming’s action as a possible slight breach of the regulations. His actions were generally against government advise, but there was a loophole in the regulations he used.

Criticising the government’s actions must only be to hold them to account, not to ridicule them and act in ways that could encourage people to undermine their laws.

Johnson has decidedly moved on over the clamour by MPs and journalists for Cummings’ resignation, for breaking the lockdown rules, by travelling from London to Durham with his wife to see their four year old son who might have symptoms of coronavirus.

Piers Morgan was today typically vicious against the government.

What Dominic Cummings has almost single-handedly done is he’s destroyed the lockdown.

“By doing that, he’s destroyed lockdown. He’s destroyed trust in the government. Boris Johnson still stands by him, inexplicably.”

Piers echoed his co-host’s sentiment as he then ranted: “Why should we?”

“Why should I not go and stay in my little cottage, in my second home.

“Why shouldn’t I pull a ‘Cummings’, is what I’m thinking. And I haven’t, because actually I don’t want to do anything that could put my parents at risk.”

Later in the show, Piers also claimed Mr Cummings’ decision had taken the nation “as mugs

Morgan was recently challenged by some of his twitter followers, who have accused him of trying to pull the government down and undermining their authourity.

There is a thin line between constructive criticism and disrespect.   also regularly hit the tabloids for the no nonsense’, ‘outspoken‘ interviews he has hosted especially with government ministers since the beastly virus. Morgan demonstrates his fury as he holds the politicians to to account.

Morgan had no trouble mercilessly grilling and slamming the State Secretary of Health, Matt Hancock, spicing his heightened intolerance with his characteristic dose of a swear word.

The often ruthless Morgan, also known for his hardly restrained hand outs of socially unacceptable application of words that compel many viewers to recoil,appeared to go out of his way to humiliate government ministers, having no empathy for the woman amongst them who are at his mercy when on his territory.

Helen Wheatley, the Care Minister and Victoria Atkins, Minister for Safeguarding have both tasted Morgan’s rigorous and very humiliating questioning. He persistently sought to expose the women in a clearly degrading manner, sharply interrupting them and demanding answers to ‘Yes or No?‘ To one of them, he even said, ‘ With the greatest respect, the government keeps sending Our ministers like yourself who haven’t got a clue. Do you see how this looks to the viewers?’

Holding ministers to account is necessary. It’s an expectation. It does no good to deliberately incite the country to break government rules to a law/ abiding society. Coro iris is a matter of life and death. I’d ministers are failing or have failed in what they should have done, Morgan should not be encouraged to risk more lives while also debasing the standards of society’s.