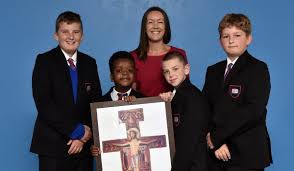 St Antony’s Catholic College, in Trafford  is contesting  an Ofsted report which has cast a shadow on its reputation, after several failings were exposed by the education’s watchdog.  Accused of  “gaming” by the Ofsted, the school launched a legal challenge against the report which its headteacher described as a “travesty”.

In September, Harris Academy  Orpington was rated ‘requires improvement’ after inspectors observed that pupils had inappropriately been entered in subjects meant for pupils with English as a second language. All pupils at St. Anthony’s who left the school in 2019, and all current Year 11 pupils have been made to take a vocational qualification in sport science – as well as the 60 per cent of pupils currently in Year 10 who are not studying French.

This type of entry undermines the importance of spreading the talents and abilities of the pupils wide. Pupils are expected to be exposed to a wide variety of subjects. Entering them all for a subject they find less challenging and stimulating at the expense of other valuable and important subjects is negative.

Physical Education  can be a stimulating subject, depending on the depths of the subject covered and the educational standard of the teacher.  However, Britain’s Department Of Education want to see students being given wider options where they can put their skill to action.

Although there is no major issue with behaviour in the school and mutual respect is reasonably established as good practise in the school, some teachers do not cover aspects of the subject in enough depth. Nor do they routinely ensure that the curriculum is ambitious enough for all pupils to achieve well.

Ofsted objected to a “blanket decision” to enter all pupils onto one course, stating that it did not demonstrate “attentive consideration” of what is in the best educational interests of each pupil, and St Antony’s decision to enter all pupils into sport science fundamentally violates ”the general principle that each child must be supported to achieve their full educational potential specific to their educational needs and aptitude.”

The report said the decision narrowed the key stage four curriculum and was not  in pupils’ educational best interests” . The reason  was because it prevented pupils from “choosing courses which meet their interests or aspirations”.

“Pupils have had to take this vocational qualification irrespective of their ability or interests. The time allocation for this subject means that pupils have fewer option choices and do not receive their entitlement to do physical education.”

One of the four modules in The Cambridge National Award in Sport Science, which is equivalent to one GCSE. One of its four modules is a formal exam, while the other three are centre-assessed coursework. There is no practical element.

Inspectors also criticised the  fact that Year 11 pupils over the past three years have had to take their English literature exam a year early in Year 10, leading to “weak outcomes”.

“Leaders must stop entering pupils for this examination before they are ready. This will give pupils the best opportunity to achieve their full potential in this subject.

The report added that the curriculum in many subjects is well planned and sequenced effectively.  It highlighted that this was not the case for all subjects. The education watchdog said it leads to teaching that prevents pupils from building on what they already know.

Leaders should ensure that the curriculum in every subject enables pupils to learn new knowledge in a well sequenced order.  This will enable pupils to build on their prior learning, learn more and remember more. All subjects need to be sufficiently ambitious to allow all pupils to achieve well.

In a statement posted on the school’s website on Thursday, headteacher Fiona Wright insisted the Ofsted inspection had “incorrectly” judged that the school is “systemically gaming its results”. The inspection was carried out on October 1 and 2, and Wright said the school had been fighting to overturn the judgement since October 3, including submitting a legal challenge last Monday.

In a statement, addressed to parents and carers, Wright said: “I suspect you may be as devastated as I am to have this label attached to our incredible school.

“Our school did not change the day after three strangers arrived with either a flawed framework, inappropriately applied it, or both.

“The framework was four weeks old when we were inspected and, clearly, a travesty has occurred here and, from what I read elsewhere, in a number of other schools.”

Wright said she will “continue to fight to have this unjust judgement overturned”. The school  was rated inadequate in  the areas of leadership and management, but  was found to be ‘good’ in personal development and behaviour and attitudes.  Standing out most was its ranking of ‘requires improvement’ in its quality of education.

Inspectors concluded that leaders do not have “high enough ambitions of pupils’ achievement”, with the proportion taking the English Baccalaureate in recent years described as “well below the national average”.

An Ofsted spokesperson told The Eye Of Media.Com : “Our report speaks for itself’