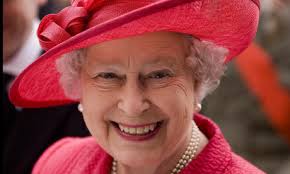 Two practicing social workers and a youth worker who exposed a child exploitation among others were recognized  with an MBE as part of the Queen’s birthday list.

Mental health professional and family support service manager, Anne Harvey, was recognized  for her service to children and families. Harvey, who works for Sefton Metropolitan Borough Council, was awarded alongside Margaret Bersey, who has worked for Plymouth City council for 40 years, and now a team manager, were happy recipients of the Queens honor.

Bersey told reporters it was a ”wonderful honor”, but she couldn’t believe she was being honoured just for doing her job. She added ”I consider it a great priviledge to have been able to work with so many children, young people and their families in Plymouth. To be able to see so many children overcome early life adversities and become confident young people, and in some cases, successful parents themselves, has been a strong motivation in my career”.

Her joy was also echoed by Jayne senior, who exposed childhood sexual exploitation  in Rothernham, despite meeting a blank wall, after several referrals to the authorities were ignored. Individuals like this are a remarkable blessing to this society, and deserve the special honour. A civilized society always requires the existence of at least a few people who are  prepared to go to whatever lengths necessary to help citizens in vulnerable situations, even it means challenging authorities that respond irresponsibly to such notice.

The exceptional youth worker said  ”Getting an award for what happened in Rothernham is the bit that upset ssadens me- all those lives ruined and devastated. That’s the bit that upsets me, she said. ”It gives me the opportunity to keep talking about it, and continue raising awareness, so this doesn’t happen on this scale in another town. , then it’s a great honour. Several directors of social services also received honors. Islington’s former director of social services,  Eleanor schooling, also OFSTED interim director of social, was included in the prestigious honours by her Majesty.