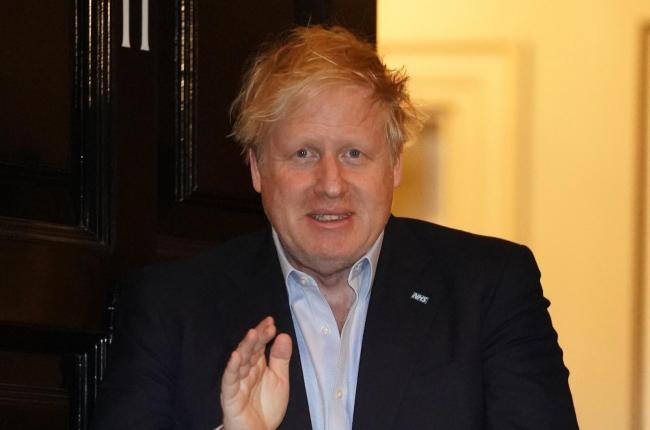 A social media  call for the public to clap to show support for  Uk prime minister Boris Johnson similar to that of last Thursday night  will take place tonight. Last Thursday, when there was UK-wide applause for frontline NHS staff  which the prime minister himself participated in.

Boris Johnson was taken into intensive care last night after being admitted to hospital on Sunday with persistent coronavirus symptoms. Johnson is said to be in a “stable” condition, and his official spokesperson said he had received “standard oxygen treatment” – but no other breathing assistance.

NHS workers have joined many groups of people urging the Prime Minister to ‘get well soon’ with photographs of medics holding up signs on wards shared to Twitter.The Queen and other senior royals also today sent messages of support to Mr Johnson, wishing him a ‘full and speedy recovery’ from the virus.

SUPPORT
The Clap for Boris event started on social media has received support from over 100,000 people who have said they will be participating in the clap. People have been encouraged to go outside their homes tonight to clap for Mr Johnson. Some critics have said that while they wish Johnson a quick recovery in his fight against Covid-19.

One Twitter user commented : “Boris got off his sick bed to clap for the NHS. Now it is our turn to clap for our Prime Minister #ClapForBoris #GetWellBoris #Boris #BorisJohnson #ComeOnBoris.”

The official Leave.EU Twitter account said: “Let’s try and make this happen. This is a man who is devoted to public service, who has been doing his best for our country and who is now fighting for his life.

“Put party politics aside. Let’s show him that this country supports his efforts and wishes him a speedy recovery.”

Journalist and activist Sonia Poulton tweeted to say doing so would be “forgetting what his party has done to vulnerable people and the NHS in the last 10 years”. However, the idea of a clap is not about Johnson’s party, but rather about the efforts he has made as prime minister to keep the country together in the fight against the coronavirus

Johnson’s hospitalisation has become a symbol of the deadly virus which has claimed many lives. He is the first world leader to be hospitalised by the virus.Others who disagree with the idea say it is wrong to highlight one patient from the many others. Their objections fail to take into account that the prime minister is believed to have caught the virus during visits to hospitals where he  unwisely but somewhat dutifully shook hands with infected patients.

The deterioration of his condition was also caused by his ongoing hardwork  in running the country during isolation.