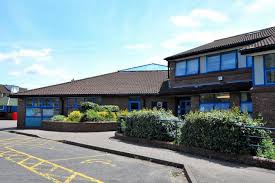 Staff at a  Uk secondary school have been celebrating the ban of a teacher from Hertfordshire who sent former pupils sexually explicit messages over social media. The pervert has now been banned from  teaching in the classroom for life.

Oliver Paton, 32, a teacher at John Masefield High School and Sixth Form in Herefordshire, was banned after he sent more than one former pupil a picture of his penis on social media. mr.Paton has ruined his career by acting in a manner that brought the teaching profession to disrepute. News of the ban has spread throughout the  high performing school led by  enthusiastic
headteacher, mr. Andrew Evans.

One teacher at the school who refused to be named told The Eye Of Media.Com: ” he always had this coming. He was always a  bit creepy, flirting with female staff even when it was unwelcome.It has to be welcome news that he will never teach in a classroom again. The school has moved on from his misdemeanour and continue to invest in our dedicated and generally well behaved students”

Another teacher who also insisted on anonymity said:

”a number of staff are celebrating that he is gone. He was a good teacher, but he simply did not have enough control of himself. He would pass inappropriate remarks with sexual connotations from time to time. The sad thing is that he had a fiancee whom one must feel sorry for if she is still hoping to marry him.

He is one guaranteed cheat and disaster down the line of any married life. It was only a matter of time before he got found out. The important thing is that he was an isolated bad apple who taught in this school. Teachers in this school are very responsible and committed to the pupils we teach”.

Officials at John Masefield high school declined to comment about their former depraved  member of staff.

The School became aware of a concern regarding Mr Paton and his social media use in respect of former pupils. Subsequently, another member of staff reported that the mother of a pupil had told him that Mr Paton had contacted her 17 year old daughter over social media after she had left the School and had used language which she judged to be inappropriate.

Another former pupil identified as a possible recipient of these messages, identified two further, former pupils he had also sent inappropriate messages and pictures of himself.  The School conducted an investigation and Mr Paton attended a disciplinary meeting,which resulted in his being issued with a professional guidance and/or warning letter dated 10 May 2016.

He followed or “friended” one or more pupils not long after they left the school on social media platforms including Facebook and Instagram. The  explicit messages  were sent during the 2016-17 and 2017-18 season,

A panel of the Teaching Regulation Agency, comprising two former teachers and a lay person, was shown screenshots of messages and images sent by Mr Paton to former pupils, which included an image of a penis captioned with the message: “Is this what you want? Love to see you video it all x.”

The shamed  ex teacher admitted that these messages were of a sexual nature and that he had failed to maintain appropriate boundaries with former students.

The panel’s report noted that Mr Paton behaved in this way despite receiving a written warning about his conduct from the school on 10 May 2016, which advised him that the warning would be on his file for twelve months but “disregarded for disciplinary purposes” if his conduct improved.

The panel also took into account  an introduction by the school in April 2016 agreement regarding the acceptable use of ICT . The agreement  stated that, “given safeguarding concerns, staff are not permitted to be ‘friends’ with any student on social networking sites”, adding that staff could not connect with pupils on social media during the five years after they left the school.

Mr Paton accepted that the agreement set out clear boundaries regarding professional conduct. He admitted that he did not listen to the advice and contacted pupils on average between three and six months after they had left the school.

The school first became aware of his behaviour in March 2016, after a member of staff reported that a seventeen-year-old pupil’s mother had said Mr Paton had contacted her daughter over social media, using language that she felt to be inappropriate.

The next month another member of staff overheard pupils discussing the breakdown of Mr Paton’s engagement, hearing one pupil state that “his fiancée found out that he had sent inappropriate pictures” to a former sixth form pupil. In July 2018, Mr Paton was placed on gardening leave during a school investigation into these matters, and in October 2018, Mr Paton resigned.

The panel also found that Mr Paton’s behaviour had breached standards of public trust in teachers and that he had failed to respect the rights of others.

“The findings of misconduct are particularly serious as they include a finding of sexual misconduct and that this continued following a warning by the school,” the TRA’s report said. There was no evidence Mr Paton was acting under duress, although in a written statement, he mentioned that he had “experienced a lot of loss in my life” in recent years, which “led me to make extremely regrettable decisions”.

The panel noted that sexual motivation has a specific legal definition, namely, that the conduct was done either in pursuit of sexual gratification or in pursuit of a future sexual relationship.

This definition was included in the Statement of Agreed Facts signed by Mr Paton to confirm his understanding.
Mr Paton admitted that his conduct, as described in allegations was sexually motivated on the basis that it was in pursuit of sexual gratification.