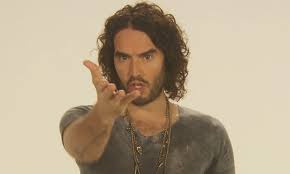 Controversial comedian, Russell Brand has joined the campaign to legalize cannabis by putting up a tweet for supporters to join a campaign group hoping to achieve a large petition to end the criminalizing of the class c drug.

The recent news was brought to eye of media by one of his avid supporters who sent us a message to support the campaign with an article highlighting its important benefit to sufferers of chronic and painful conditions.

However, this article will not do that because such recommendations are for MP’s to Parliament if they adjudge it necessary and proper. Some Mp’s in favour of cannabis legalization have already presented this to Parliament before but have never been conclusive on the matter.

Brand tweeted ”join the ease our pain campaign” and pointed his followers to a site that state up to one million people who rely on cannabis for treatment. The campaign in question is supported by MP Nick Clegg, and a number of other Mp’s hoping to force a Commons debate on the matter by achieving hundreds of thousands of signatures in a petition to change the law and follow the lead of some western countries who have legalized medical use of cannabis. Multiple sclerosis and Rheumatoid arthritis are a few of the medical conditions known to be alleviated by cannabis.

The problem with such a campaign is the failure of recognizing that the grounds of the campaign only serves the purpose of those suffering medical pains who will benefit from it. Yet the appeal for its legality is implicitly aimed at every person who wishes to use the drug for the addictive or recreational purpose for which it is used today.

MIXED
Most cannabis available on the street market today, particularly skunk, is mixed with all sorts of strong additives that render it scientifically dangerous for many of its users. Paranoia and schizophrenia have been commonly associated with some of the short and long term consequences of cannabis, though its effect varies from person to person. The drug is scientifically said to have the effects of euphoria and anxiety, caused by the compounds in the plants called cannabinoids.

Furthermore, Brand is hardly the right person to be promoting cannabis, given his long history of drug abuse on heroine which nearly destroyed his life until he managed to successfully overcome it. Also, the political activist is notorious for the exercise of bad judgment, often lacking discretion when deciding the sort of things to say in public-something that will always undermine his take on any controversial matter.

Known for his unrestrained criticism of the Royal family, and his once careless statement about victims of terrorism killed in Egypt,Brand was once described by a writer as the stupid man’s idea of a funny man. Pushing for the legalization of cannabis is not really something he should be doing without an elaborate explanation of his reasons for advocating for this kind of change in the law.

RADICAL
Clearly a man with a high proclivity to vocalize radical views, he desperately needs to re-brand himself wisely after the recent flop of a personal documentary about his life which received about 23 views on the first day of its release in cinema. Not much was ever heard about the documentary after the revelation of the huge flop.

Essex born Brand once had a large following of about 2 million avid fans on his you tube channel, Trews. But the 40 year old closed it down after claiming to be the victim of unfair press, something that couldn’t be further from the truth. Most of the press coverage by media outlets have been a reasonable reflection of the highly controversial and much personalized views of Russell Brand. Brand just needs to wake up and see the facts for what they really are.

Please send in your comments and let us know you views on this widely disputed topic.