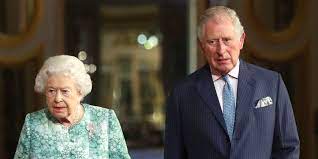 The royal family are believed to be planning to make a major complaint against the BBC to ofcom for the first time in history after the corporation  released a new documentary today.

Senior royals are also planning to boycott the corporation for any future projects.

The Princes and the Press, the  title for the documentary which feature Prince William and Prince Harry’s “tumultuous” relationship following the Sussexes’ decision to step away from senior royal duties, and includes “incendiary” claims about the brothers allegedly attempting to smear each other in the press via their aides—a claim the Palace has already denied.

Prince William, the Queen, and Prince Charles are reportedly likely yo “boycott” the BBC, as a result of the programme, according to sources.

“The decision of the Queen, Prince Charles and Prince William to make their reported concerns about the two part BBC programme tonight so public, makes it clear that they believe the programmes may contain incendiary material,” Royal commentator Richard Fitzwilliams told The Daily Mail.

“The reported protests from the Palace obviously run the risk of increasing the viewing figures, but clearly the content may be such that the Palace feels that the public should be warned that, if they watch, they are seeing a point of view which may be strongly disputed.”

Richard Fitzwilliams worryingly claimed that “the royal family have not been given a chance to view [the documentary] or to respond to any claims made in them.”

The first part of the doc which airs tonight on BBC at 9pm is about the early 2000s, whilst Part 2 which airs November 29 directly focuses on 2018 to 2021, “a tumultuous time for the royals that includes the birth of Archie Mountbatten-Windsor and the royal tours of the Sussexes and the Cambridges.”

Ambitious BBC  presenter Amol Rajan  also examines  the circumstances surrounding the Sussexes’ decision to step down from their senior royal roles, and examines the legal cases brought by the couple against some newspaper groups from 2019 onwards, and considers the impact Princess Diana’s experiences with the press and broadcasters had on her sons.”

The fact Rajan is on record to have once labelled the monarchy as ‘absurd’ and the media as a ‘propaganda outlet’ for the Royal Family-  has been taken to be an indication that he takes a hostile stabnce against the royal family.

The relationship between the monarchy and the  BBC Corporation is still heavily strained over  the Bashir scandal, after the former journalist  cunned Prince Diana to participate in an interview for Panorama in 1995,

Prince William minced no words in his attack on both the deceitful behaviour of the Panorama reporter and the BBC’s shameful cover-up of his activities.

He said his mother ‘was failed not just by a rogue reporter, but by leaders at the BBC who looked the other way rather than asking the tough questions’.

This documentary can potentially be viewed as revenge from the BBC for the royal atatck on the broadcaster’s handling of the Bashir interview over two decades ago, but it can also be seen as an irresistable opportunity for Ajan to air his deep objections against the monarchy.

Revelation that the royal family have been denied an opportunity to comment on the documentary looks bad, but what will matter most is how the presentation of the documentary comes across once it is aired.

The story of Prince Harry and Prince William torn apart over Meghan Markle has been milked several times in the tabloids and on television, but the media in the form of the BBC, clearly hasn’t had enough.

The tension in the royal family has been very high ever since Prince Harry and Meghan Markle gave an interview to Oprah Winfrey in March, in which the made several serious allegations, which sparked uproar in the Uk and divided society sharply.

The two part documentary is likely to worsens the tension ,making the judgement to air it quetionnable.

Whether the two part series creates a backclash at the end of it all is something the BBC will have to wait and see.