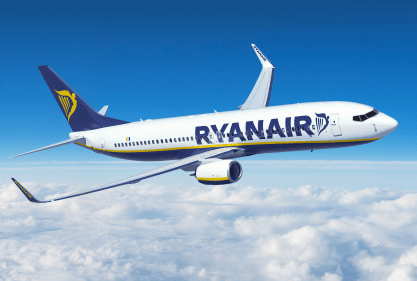 Reyanair has confirmed plans to delist its shares from the London Stock Exchange in response to EU rules on ownership post-Brexit.

The Irish budget airline said it was responding to high costs and low number of trades. The airline said it will just be listed on the Euronext Dublin exchange, with the final day of trading set to be on December 17. It currently has dual-listed status.

It plans to apply to authorities to cancel its listing on the main market in London “as the volume of trading of the Shares on the London Stock Exchange does not justify the costs related to such listing and admission to trading.”

Ryanair first indicated it was considering delisting at the beginning of the month, stating that trading on the LSE has “reduced materially” as a percentage of its overall shares activity during 2021.

Ryanair said it had engaged with shareholders about delisting plans since the statement at the start of the month. Europe’s largest budget carrier will continue to have its main listing in Dublin and Ryanair said the changes will “consolidate trading liquidity to one regulated market for the benefit of all shareholders.”

Ryanair said: “As indicated at our interim results, and following subsequent shareholder engagement, Ryanair has decided to request the cancellation of London listing as the volume of trading of the shares on the London Stock Exchange does not justify the costs related to such listing and admission to trading, and so as to consolidate trading liquidity to one regulated market for the benefit of all shareholders.”

Delisting will take affect in London from 20 December.

The move is a blow for the London Stock Exchange. Ryanair is among the largest airlines on the main market, with a value of £18.4 billion.

Only this week, a former Ryanair cabin crew member won her dispute with the airline over a €16,000 redundancy payment.