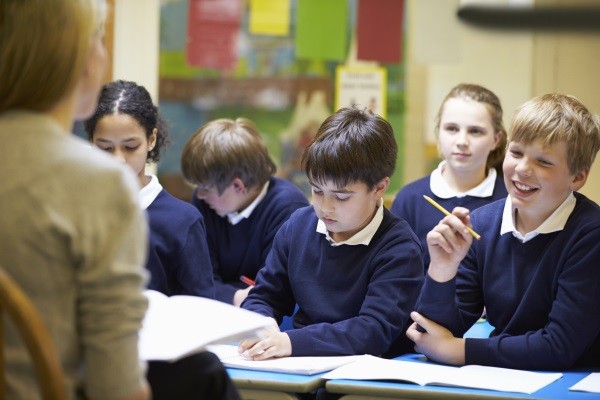 The attainment gap between pupils from rich backgrounds and those from poor backgrounds will “increase substantially” after this year’s summer exams,  according to 20 % of Uk teachers surveyed as part of research  into the effects of the pandemic.

The charity called on universities to give additional consideration to students from disadvantaged backgrounds, giving rising concerns  that more students will be left without a place this summer.

Elite universities that select the best students are likely to ignore such requests , preferring to only admit top notch students in consistence with their reputation for very high standards. Lower tier universities may be more sympathetic or responsive to the calls for consideration.

The request from the charity is akin to a call  for grade adjustments for pupils who come from poor backgrounds, because they would have been disproportionately affected by lockdowns during the height of covid.

Research  in the past has  shown that a high percentage of pupils from poorer backgrounds do not work as hard as students from richer backgrounds, and are not always as motivated.  Such children also often do not have parents who inspire or motivate them, and cannot afford tuition as readily as those from more well off backgrounds.

However, the same research suggested  that there are pupils from disadvantaged backgrounds who are dedicated to their academics and have parents who motivate them. These pupils set a benchmark against which other pupils from poor backgrounds can be analysed.   Hard work and dedication is often more influenced by family educational background and both student and parental ambition, than poverty in many cases.

Education researcher, Joshua Greenwood. told The Eye Of Media.Com: ”The number of children in a family and the atmosphere in a home can affect the tendency of children to be focused or work hard.  That said, motivation and organisational qualities is still an overriding factor when it comes to academic success.  Pupils who are monitored by caring and ambitious parents will find a way to focus on their academics, even if it means putting them in a quiet room alone, taking them to a library, or arranging with family friends for them to study and focus under supervised conditions.

‘The reality is that some pupils are simply not serious about their education in their teenage years and don’t have parents who can pressure and influence them to be serious. Financial background is not as key a factor as ambition and drive, when it comes to academic success”

Lack of motivation or dedication is not  considered  by exam boards or universities to be sufficient reason for special treatment in marking due to lockdowns arising from Covid-19. Pupils from poorer backgrounds  who have access to the internet have the choice of studying hard during the pandemic, and have had a year to catch up as much as possible.  Much, usually, depends on commitment and hardwork.

Motivation varies widely among teenagers in the Uk, varying mainly according to the schools they attend and parental support. Some schools have better teachers who are capable of instilling the good practise of regular reading in their pupils and establishing a mindset that appreciates the benefit of personal academic and intellectual development.

Rewards for showing good progress, motivating class tests, and video recordings of  ambitious children their age in the same school and other schools are sometimes used to motivate teenagers by presenting them with role models. Some schools also invite motivational teachers to inspire their youngsters, and also train parents on how to regularly encourage pupils to value knowledge beyond just their class work or exams.  Pupils who have developed the correct working ethos  by the two years leading up to G.C.S.E’s and A levels will not be greatly affected by missing a few days of school work, because they are eager to learn , and mix which other children of like mind.

Pupils sat the first set of GCSE and A-level exams since 2019 this year and  will not be graded as leniently as than those given teacher-assessed grades in 2021.

Exam grading this year is still relatively lenient because of advance notice of questions to appear in exams  and relatively easier marking than usual.

The charity’s chief executive James Turner said the research “highlights that the impacts of the pandemic on education are far from over – and the consequences are still being felt among young people and their teachers”.

Savanta surveyed 434 university applicants while TeacherTapp polled 4,089 teachers in England.
Seventy-two per cent of teachers thought the attainment gap at their school will widen with the return of national exams, with 19 per cent believing it will “increase substantially”.

Those working in deprived schools were 13 percentage points more likely to think the increase would be substantial, at 29 per cent, compared to 16 per cent of those working in more affluent schools.

In 2021, longstanding attainment gaps for both black and poorer students widened. But Ofqual was unable to untangle whether this was down to Covid lost learning, or the use of teacher grades last year..

In terms of grade boundaries,  57 per cent of teachers thought this approach was about right, 29 per cent thought it was too strict.

Thirty-five per cent of teachers in the most deprived schools thought it was too strict, compared to 27 per cent in more affluent schools.

While 29 per cent of teachers believe that this year’s mitigations, such as advance information and topic optionality, will fairly reflect pandemic disruption, 45 per cent disagreed.

Those working in state schools were more likely to disagree at 46 per cent, compared to 38 per cent at private schools.

Over half of teachers in the most deprived schools disagreed, compared to 43 per cent of those in schools with more affluent intakes. The majority (80 per cent) of A-level teachers said they were able to cover over 90 per cent of the content included in advance information.

The Sutton Trust looked at how many students had to sit mock exams under exam conditions.

Over a third (34 per cent) of students taking exams said they missed 11 days or more this academic year.

But 21 per cent said they had missed more than 20 days – equivalent to four or more weeks of class time.

It echoes analysis by FFT Education Datalab earlier this year, which found year 11 pupils missed more than one in ten lessons in March in every region except London.

A third believed they had fallen behind their peer group as a result of the pandemic. Ethnic minority students were much more likely to think they lagged behind peers (41 per cent) compared to white university applicants (23 per cent)

Interestingly, there wasn’t anything in the research stating what efforts pupils had made to try to catch up with lost time. Pupils complaining of missing 11 days or 21 days of school work  is laughable if they think this should constitute a reason for special leniency in exams.

Pupils from poor backgrounds in some parts of the country read widely over last summer holidays to broaden their knowledge and increase their chances of doing well, whilst many others chose to play with computer games  and watch television.

Schools that had never sat mock exams before the real exams need to explain why before hoping to use this as mitigating circumstances.