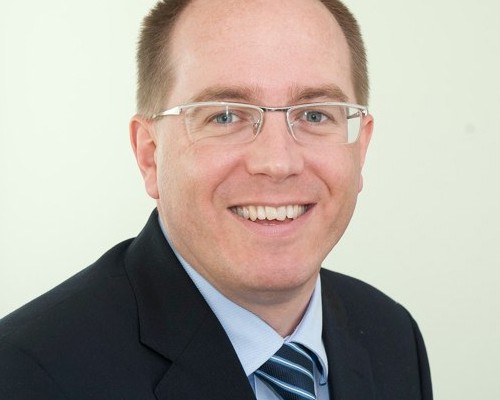 The criminal caseload in the magistrates’ court is now almost back to pre-pandemic levels following a 20% drop from July 2020 to May this year, the new chief executive of HM Courts & Tribunals Services has reported.

In a critical update to criminal justice stakeholders, Nick Goodwin,(pictured) who took up his post in March  reported  an improvement in the outstanding caseload in the Crown court has reduced from a high of around 60,600 cases in June 2021 to around 58,300 cases at the end of May 2022.

Available Crown court space is also comparable to pre-pandemic levels, Goodwin also stated. ‘Super courtrooms’ have opened in Manchester and Loughborough allowing an extra 500 cases to be heard a year.

‘We cannot ignore that there is still a long way to go,’ Goodwin writes, noting that ‘obvious immediate challenges’ include the criminal bar’s protest. ‘Court staff continue to work hard to manage the impacts of this, and listing officers are working closely with resident judges to ensure as many cases as possible can be heard.’

Goodwin pointed out that the judiciary and HMCTS published a 5-point plan for recovery in April 2021 to safely restore court activity and reduce waiting times to pre-pandemic levels at the earliest opportunity.

In the magistrates’ court, the criminal caseload has fallen from 445,000 in July 2020 to 352,200 in May 2022 – a reduction of over 20%, which  is now close to pre-pandemic levels, and has been achieved through a range of measures including sitting additional courts on Saturdays (with over 1081 additional days between August 2020 and the end of September 2021) and the judiciary listing cases flexibly so that we use our court estate as efficiently as possible.

He added that  timeliness figures in the magistrates’ court continues to improve, with most criminal case  now disposed in 32 weeks on average, three weeks faster than April 2021 (35 weeks).

In a published letter on behalf of the HMCTS,  Goodwin  confirmed that the outstanding caseload in the Crown Court has reduced from around 60,600 cases in June 2021 to around 58,300 cases at the end of May 2022.

”Working with the judiciary and criminal justice partners, we will build on this progress through a range of measures and initiatives designed to maximise available judicial capacity and address the issues that inhibit system-wide efficiency and productivity”, he said.

A year ago, trial delay was felt to be a significant risk, but almost all regions now report no significant delay in listing trials following a concerted effort to get through these cases (known as ‘trial blitzes’) in nearly all regions.

The Single Justice Procedure (SJP) is allowing prosecutors to deal with cases involving adult defendants accused of lesser offences that cannot result in a prison sentence, such as speeding, driving without insurance, TV license evasion and train fare evasion. A magistrate conducts SJP, alongside a legal adviser, dealing with the case at any time, rather than on a specific date. There’s no prosecutor or defendant present. It saves time, resource and inconvenience for all involved, while also delivering justice.

On the £1.3bn courts reform programme, Goodwin reveals that the new Common Platform IT system, ‘replacing whole networks of outdated systems’ will be installed at 29 more criminal court sites by the end of the month. ‘System performance, stablity and speed have significantly improved’.

The new combined court centre in Fleet Street, London, is expected to be functioning in 2026.