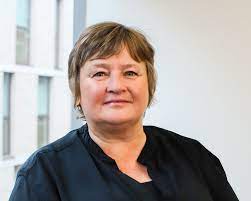 Lawyers in the legal profession are generally regarded as contented individuals in a well paid and respectable job, but recent research suggests that a high percentage of them are mentally tormented and suffering from depression and other mental health issues.

More than two-thirds of lawyers (69%) have experienced mental ill health in the last year, according to a new research of  their well being in the profession.

A survey of around 1,700 legal professionals by legal charity LawCare  found that just 56% of those suffering had discussed their problems at work. Respondents in this group said they had not disclosed their condition for fear of the stigma that could impact potential career implications, and have  financial and reputational consequences for them.

The study also suggested that legal professionals are at a high risk of burnout,  and that those  between the ages of 26 and 35  were most likely to be affected and  to report the lowest autonomy and highest work intensity. Female legal professionals and those from ethnic minorities also scored higher than average for burnout.

In terms of working demands, 28% agreed or strongly agreed that their work required them to be available to clients 24/7, while 65% said they checked emails outside of work hours to keep up with their workload.

The study revealed that many legal professionals are sleeping less than the recommended seven to nine hours a night. Of those surveyed, 35%  of responded estimated they had slept between six to seven hours a night over the two weeks before completing the survey. A lower bracket  of 25% said they averaged five to six hours, and 12% indicating they had less than five hours a night.

The survey revealed that over a fifth of respondents (22%)  had experienced bullying, harassment or discrimination in the workplace over the previous year. Almost half also expressed concern about their job security, while 58% had been more concerned about their finances during Covid-19 and a similar proportion were more worried about increased pressures around work-life balance.

The findings are most shocking, and call for greater safeguards and accountability measures in the law profession.

Elizabeth Rimmer,(pictured) CEO of LawCare said: ‘This research, the first of its kind in this country, provides robust evidence that the legal profession is stressed, tired, anxious, at high risk of burnout and that those working practices in the law that undermine mental health need to change.

‘We want this research to be the catalyst for us to come together as a profession to create that change, to create a culture in law that puts the law’s greatest asset – it’s people – first. The experience of living and working through a global pandemic has had a profound effect on us all and presents an opportunity like no other to re-imagine the future and make it happen.’

The existence of these safeguards  help bolster confidence in personal development and reduce anxiety. Despite this only 48% of those in a position of management or supervisory capacity had received leadership, management, or supervisory training.

A spokesperson for Lawcare told The Eye Of Media.Com: ”This research is the starting point to bring people together to achieve behavioural and culture change.

This is our evidence that good management and supervision training is necessary . There will be some round-table discussions in November, involving key groups including regulators and educators to discuss how to achieve some of the required culture change in the profession and and translate some of that into creating a lasting change”.

The Law Society responded to the shocking report by stating that  now a pivotal moment to change the way we talk about well-being and mental health in the profession, as the landscape has altered so much due to the pandemic and new hybrid home working models.

Law Society president I. Stephanie Boyce said: ‘In order to tackle these issues, we encourage our member firms and organisations to ensure they are providing regular catch-ups, training for managers, mental health and well-being education, mental health policies and signposting sources of support. That way we can begin to work towards a psychologically safe, healthy and supportive workplace.

‘Improving mental well being is everyone’s responsibility. The culture and practice of law must change, and now is the time to do it.’